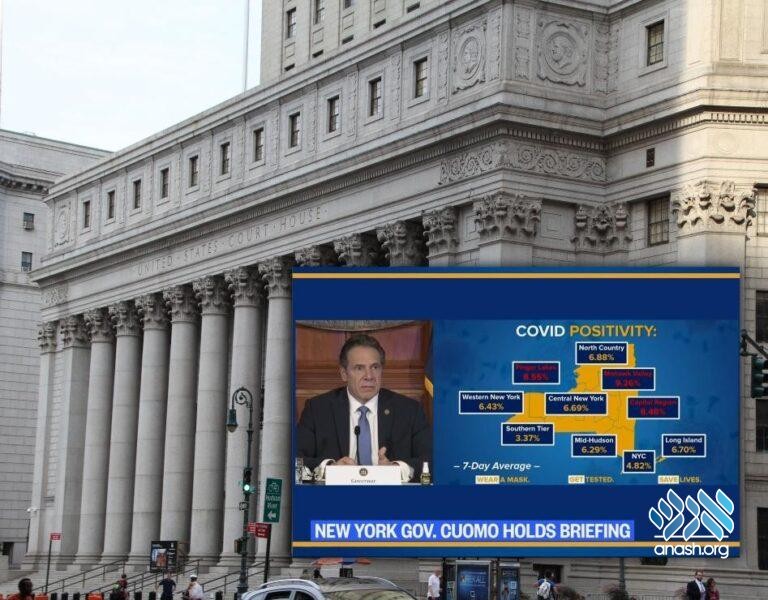 A District Court Judge has granted a permanent injunction against Governor Andrew Cuomo’s capacity limitations on houses of worship in red and orange zones.

The U.S. District Court for the Eastern District of New York has granted a permanent injunction against Governor Andrew Cuomo’s capacity limitations on houses of worship in red and orange zones.

In November 2020, the Supreme Court temporarily enjoined Governor Cuomo’s draconian rules against Shuls and other houses of worship, until the lower courts can weigh-in. The ruling was 5-4. Chief Justice Roberts joined the three liberal justices in dissent.

In December 2020, the U.S. Court of Appeals for the Second Circuit overturned Cuomo’s restrictions in a unanimous decision. “We grant no special deference to the executive when the exercise of emergency powers infringes on constitutional rights,” wrote Judge Michael H. Park.

Attorney Avi Schick, who represented Agudah before the Supreme Court said “There was no basis to treat shuls and davening more harshly than conduct such as office work and shopping. We are grateful that religious practice has been restored to its rightful place as the most essential of all activities.”

Another consequence of this decision is that all of the summonses issued to Shuls for violations of Executive Order 202.68 should now be dismissed by the City.