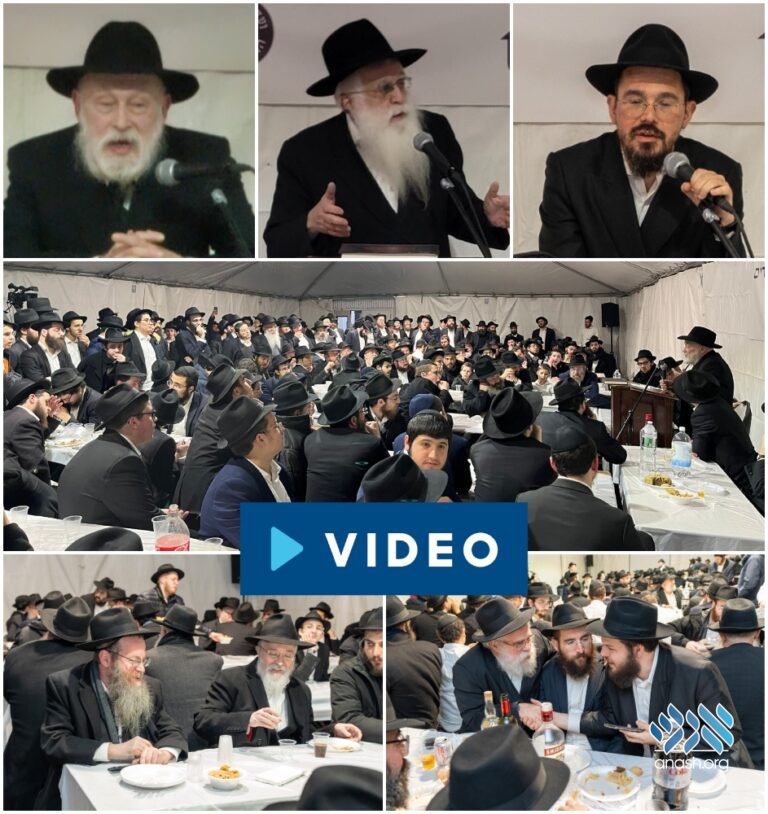 Chassidim joined a festive farbrengen celebrating the joyous day of Hei Teves near the Rebbe’s Ohel on Wednesday night.

The farbrengen began with a video presentation and featured Rabbi Yosef Minkowitz – principal of Beis Rivkah Academy in Montreal, Canada, Rabbi Shlomo Uminer – shliach to Martin and S. Lucie, Florida, and Rabbi Moshe Gourarie – shliach to Toms River, NJ. A special feature was a address by Rabbi Yehuda Krinsky – the Rebbe’s mazkir, who related his memory from the court case and victory.

The official farbrengen was followed by chassidishe farbrengens, which lasted well into the night.