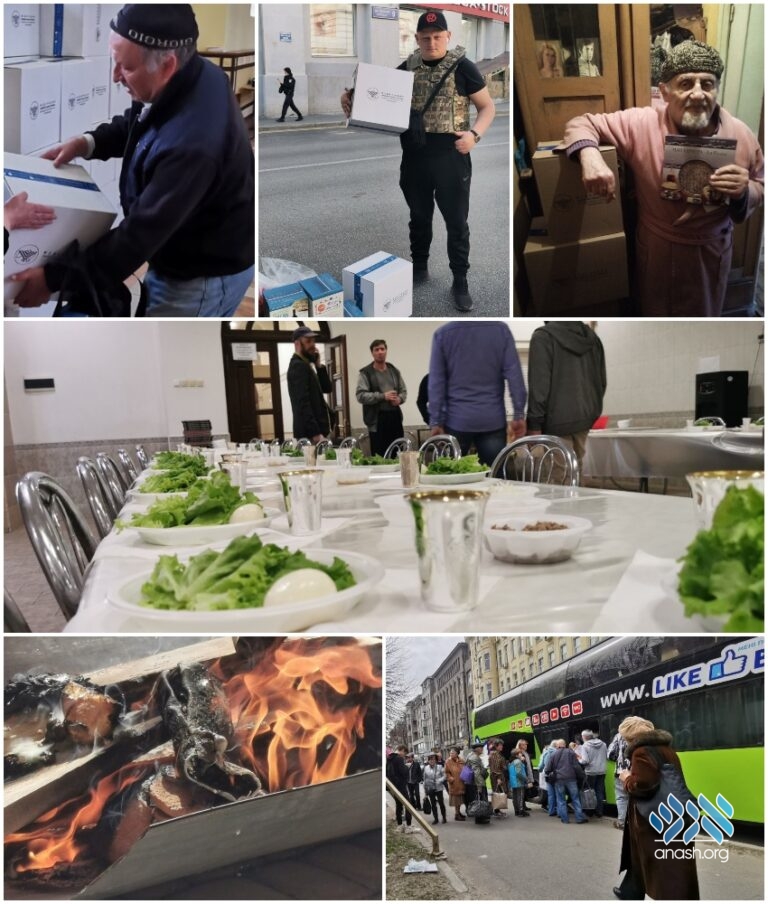 Close to one hundred people celebrated their Pesach seder in the makeshift shelter/basement of the Kharkov synagogue. In Israel, Rabbi Moshe Moskovitz, led a seder for over 300 refugees.

Close to one hundred people celebrated their Pesach seder in the makeshift shelter/basement of the Kharkov synagogue.

The “Operation Pesach” began weeks before as Rabbi Moshe Moskovitz worked on getting over a ton of matza, hundreds of bottles of wine and grape juice, kosher meat, and chicken into the city that has been under intense bombing since the first day of the war.

Buses that were evacuating hundreds of people from the synagogue to safety further in Ukraine and across the border returned back with food and medicines for the needy.

A brave team of workers and cooks have been living in the synagogue and ensuring that all those who have remained in the city have all the hot meals, food and medicines they need. Drivers go from home to home with packages and seder boxes despite the shellings and artillery fire.

As the women lit candles on Friday night in the dining room on Pushkinskaya Street, they had a lot to pray for. Peace and a true exodus from all suffering and exile. The seder began. Living together for over seven weeks in the synagogue they have become like a big family.

Rabbi Moshe Moskovitz, who led a seder for 300 refugees in Israel in Kfar Sitrin said “The Baal Shem Tov said “Where a person’s thoughts are, that is where he is. Tonight we are all in Kharkov. Let us together pray for the safety of those in Kharkov and that we should be next year all be in Yerushalayim with the complete redemption.”