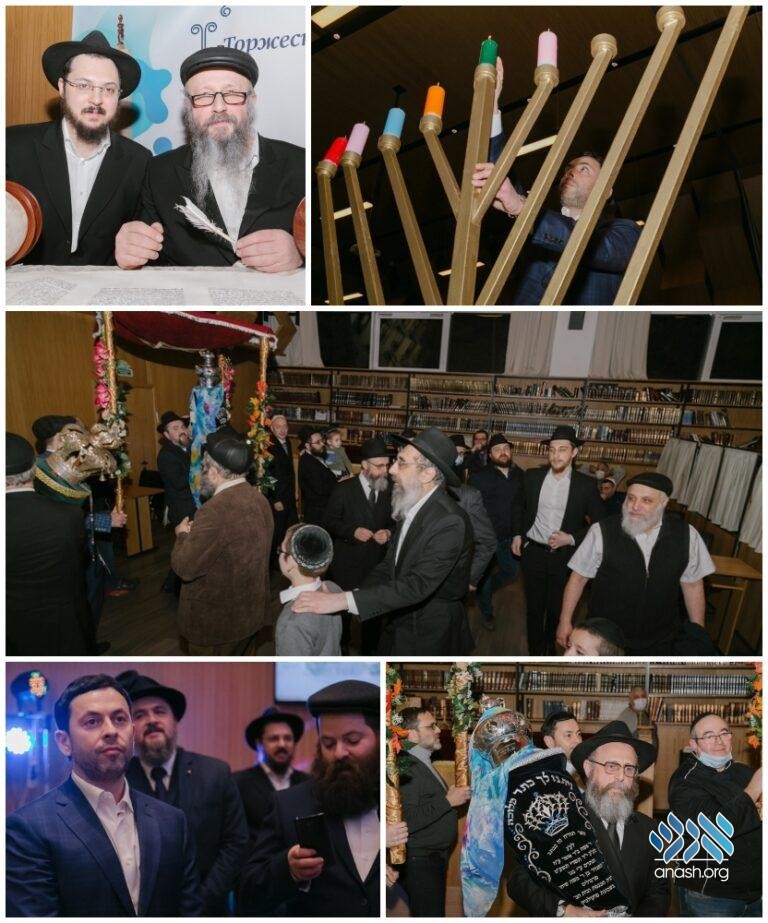 A special celebration was held at Moscow’s Jewish University welcoming a new Sefer Torah to the campus Chabad House. The final letter was written by the chief rabbi.

The excitement could be felt by the Jewish community of Sokolniki, a neighborhood located in eastern Moscow. A grand celebration was held to honor the new Torah scroll dedicated to the Chabad House that works with the area’s hundreds of Jews all year long.

Guidelines given by the Russian Ministry of Health were strictly followed throughout the ceremony, which began with the writing of the Torah’s final letters. The honor of writing the letters was bestowed upon the Chabad House Director, Shliach Rabbi Menachem Mendel Bekerman, as well as supporters, friends, university staff, and Rabbis. The very final letter was written by the Chief Rabbi of Russia, Berel Lazar, who also spoke before the guests, and warmly thanked the donor and all the participants.

The Sokolniki Chabad House is located on Campus of the Machon Chamesh Jewish University, which was founded about thirty years ago by the Chief Rabbi of Russia. Its directors, Shluchim Rabbi Avraham Bekerman and his wife, have breathed life into the place, educating a generation of young women, who went on to build hundreds of beautiful Jewish families, many of them serving as shluchim in various communities throughout the FSU.

The Torah scroll was carried into the Aron Kodesh of the beautiful synagogue by Mr. Alexander Margolis, who donated the Torah in loving memory of his father Reb Moshe ben Reb Asher a”h , who was one of the veteran members of the central Marina Roscha shul, and passed away a year ago.