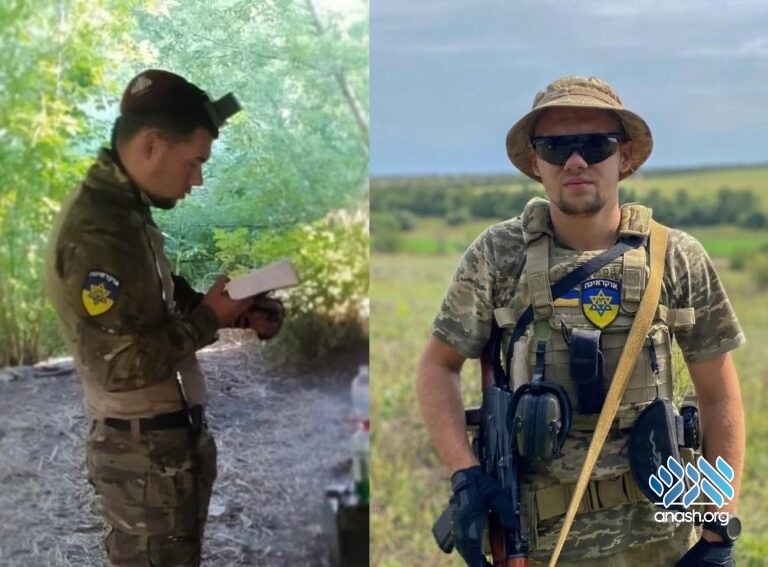 Vladislav Sein, a 21-year-old Ukrainian soldier who proudly displayed his Judaism on the front lines, was killed while fighting the Russian invasion.

Vladislav Sein, a 21-year-old member of the Jewish community in Dnipro, was killed last month while volunteering in the Ukrainian army in its war with the Russians.

Vladislav was very proud of his Jewish identity and stood out among his fellow soldiers when he would put on tefillin every day at the front.

“We mourn the death of a hero,” the Federation of Jewish Communities in Ukraine said in a statement. “He was sent to the front and there sacrificed his life for the independence and freedom of Ukraine.”

Word of his death reached the Jewish community in the last few days and many shuls recited Kaddish and held Torah shiurim in his memory.

According to his friends, Vladislav registered as a volunteer already in the first days of the war. He was very proud of his Jewish identity, and stood out among his comrades, as he would put on tefillin every day at the front. On his uniform was emblazoned with a blue-yellow flag and on it an inscription in Hebrew “Ukraine”.

Vladislav was known in Dnipro as a talented judoka. He has been competing in this sport since he was 6 years old and has won numerous championships in tournaments in Dnipro and throughout Ukraine.

According to estimates, Vladyslav is one of dozens of Jewish soldiers who lost their lives fighting against the Russian invasion.