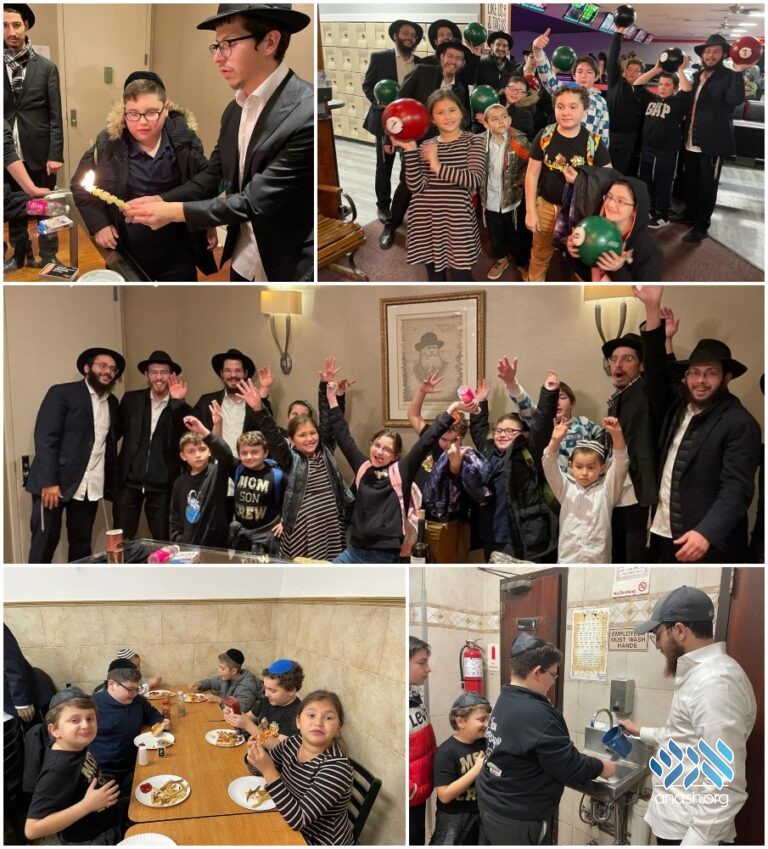 After a lengthy break due to covid, the Release Time program once again held a Shabbaton for Jewish Public School children, hosted by Chabad of Park Slope, leaving the community members inspired and awed.

After Public Schools in NYC resumed in person studies, many of the Jewish students said that what they had missed most was the weekly Release Time program. Bochurim also attested to the fact that over the covid “break” the Jewish children’s love and desire for more Yiddishkeit only grew.

With that in mind the Released Time program got to work and Rabbi Yehoshua Shneur, Rabbi Sadya Engel and Yanky Hecht created a safe and fun shabbaton for the Jewish Public-School Children.

With this being the first Shabbaton of the year and many parents still scared of covid, the 15 participants was beyond what organizers had hoped for.

The shabbaton was hosted by Chabad of Park Slope, led by Rabbi Shimon and Sarah Hecht, and the kids slept at the beautiful hospitality suites.

Friday afternoon, right after the kids finished school at 2:30 PM, 3 separate vans raced through the streets New York to individually pick up each child from their home and make back to Park Slope in time before Shabbos.

The shabbaton started with a beautiful candle lighting ceremony for the girls. The children then had a packed 24-hour schedule where they made new friends, played Shabbos games, had a Shabbos scavenger around Park Slope and through a few of the community members’ homes. The exciting Shabbos ended with a grand mesibos Shabbos – with raffles, stories and games.

Based on reactions from community members, organizers said that more than the kids being inspired and enjoying it so much, the Chabad of Park Slope community loved having the kids and spending time with them.

One of the such examples was when Rabbi Hecht quieted the entire shul by the Friday night mariv and introduced the Released Time children to lead the congregation in the Shema. Together they all proudly chanted the shema. Later, one of the members said that it was the most inspiring shema he has ever heard in his life!

The Shabbaton ended with a Havdalah ceremony and grand bowling and pizza trip.

As the children were packing their belongings and getting ready to go home, one after another they asked the organizers “can I call home to see if I could stay another night and have the shabbaton for another day?” When the children found out they would need to go home tonight, all they said was “So when’s the next shabbaton? Can we do it again next week?”

“We want to thank Chaim Piekarsky, Mendy Lezak, Emmanouel Cohen, Aron Goldberg, Schenur Ginsburg and Shmuly Friedfertig for giving the children the most amazing Shabbos the it was,” the administration of Release Time said.

The Released Time program  is already working on the next shabbaton with plans b’ezras Hashem to make it in Crown Heights.