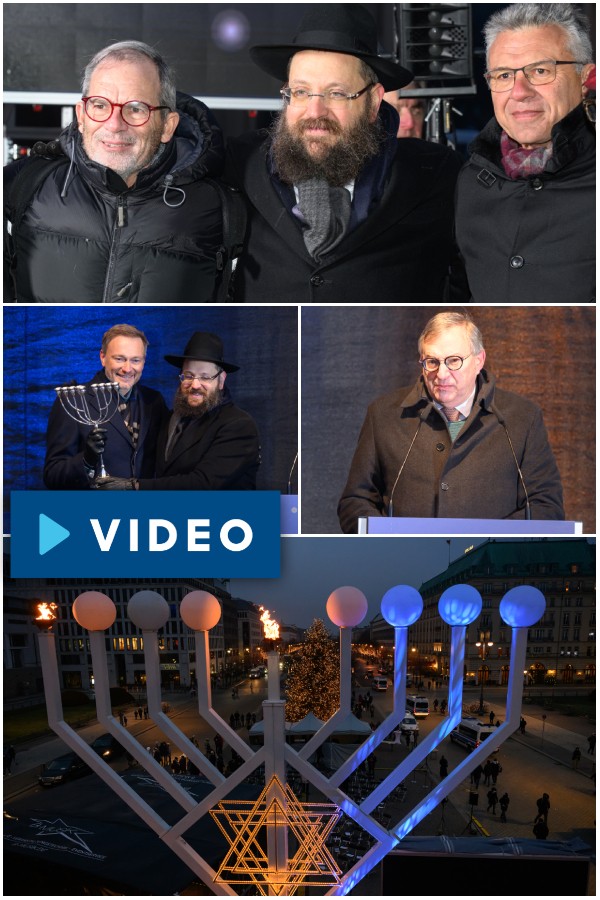 Chanukah will be celebrated in an unprecedented manner this year with 45 Menorahs standing across the entire Berlin, including one at the Brandberg gate, the site where a Nazi rally was held years ago.

Chanukah will be celebrated in an unprecedented manner this year with 45 Menorahs standing across the entire Berlin, including one at the Brandberg gate, the site where a Nazi rally was held years ago.

All of these menorahs are in addition to the menorah that stood in front of the parliament of Berlin as well as other buildings and public squares.

The largest Menorah of all was standing in front of the Brandenburg gate. In that same exact spot where Hitler and the Nazis stood and spread hate and death, Europe’s largest menorah was standing bright and tall to show the message of light over darkness.

On Sunday, the first night of Chanukah, the main Menorah lighting took place together with the vice-chancellor of Germany, Christian Lindner, the governing mayor of Berlin, Franziska Giffey, and the Israeli ambassador, Ron Prosor.

Hundred of people were in attendance including a number of federal government ministers, Fifteen ambassadors including the United States ambassador and the Israeli ambassador, and many others.

On Tuesday, December 20 a car parade with 100 cars will be beginning from the Olympic stadium to the Brandenburg gate. The parade will be commemorating 50 years since the terrorist attack on the Israeli athletes in Munich. The cars will be traveling across the city of Berlin and all the main roads with Jewish music, to the Brandenburg gate, showing Jewish pride in the face of so much hatred.