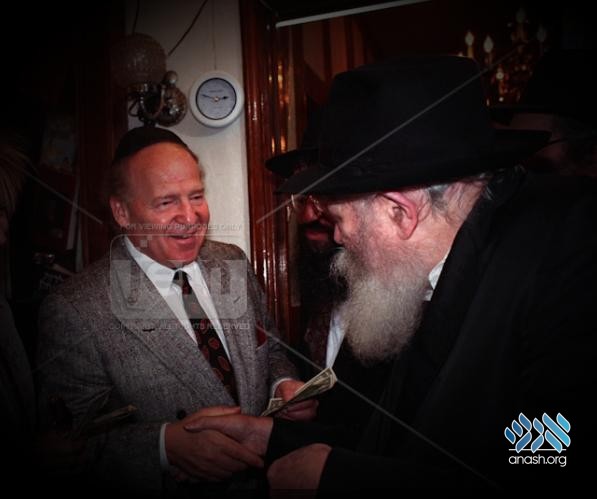 Sheldon Adelson, one of the world’s wealthiest people and a staunch supporter of Israel as well as many Chabad institutions, passed away Tuesday.

Sheldon Adelson, one of the world’s wealthiest people and a staunch supporter of Israel as well as many Chabad institutions, passed away Tuesday.

The son of a cab driver, Adelson, born in 1933, was hugely successful in the business world and eventually became one of the biggest Jewish philanthropists in the world. At the age of 12 when he borrowed $200 from his uncle to purchase a license to sell newspapers in Boston. He went on to start 50 businesses over the course of his career.

In 1988, Adelson purchased the Sands Hotel and Casino in Las Vegas, launching his career in the casino business.

Shortly after their marriage, Sheldon and Miriam Adelson went to the Rebbe for Sunday dollars. When Miriam asked the Rebbe for a blessing for a child, the Rebbe responded “Why do you speak in singular? A child needs a brother and sister,” and gave two more dollars. The Adelson couple later had two children.

Giving charity was something he learned at a young age. As a young boy he once saw a pushka on the table and asked his father ‘What is that for?’ His father replied, ‘We give a couple of cents every day, every week and to help the poor,’ and Sheldon told his dad, ‘But we’re poor,’ and he says, ‘But there’s people out there who are poorer than us.’

In the 1990s, used his considerable wealth to push Congress to pass a law requiring that the US embassy in Israel be moved from Tel Aviv to Yerushalayim. After President Trump moved the embassy to Yerushalayim, Adelson purchased the Ambassador’s residence in Tel Aviv for a record $67 million.