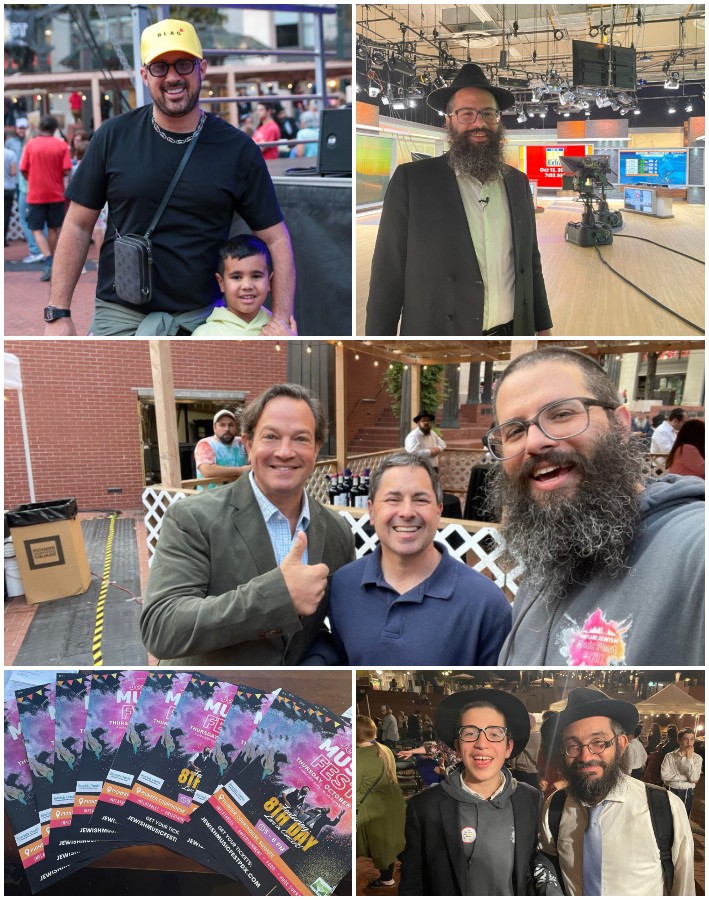 Chabad in Portland hosted a Jewish Music Fest featuring 8th day to bring the Jewish community together in honor of Shnas Hakhel. The event had a sukkah in built in the middle of downtown and activities for the kids.

To celebrate the new Chabad house opening locally downtown and in honor of Shnas Hakhel, the Jewish community in Portland hosted a Jewish music fest, featuring the band, 8th day. The event was held in Pioneer Courthouse Square nicknamed Portland’s living room due to it being a place to hang out for locals. In honor of Hakhel, the goal was to bring as many facets of the Jewish community as possible. Chabad partnered with several of the local shuls and organizations to make this event happen including a few they had never worked with before.

The Square hosted a giant sukkah with a wine bar to entice people to come inside. There was fresh falafel being made and served on the spot and face painting, bounce houses, and obstacle courses for the kids. Everyone was able to shake the lulav and esrog before the formal program began.

The concert started with a rally including the 12 pesukim led by Mrs. Chaiky Rivkin from Hillsboro, OR. Shimmy Willhelm introduced the theme of Hakel, welcomed the audience, and introduced the band.

8th-day performed in a more farbrengen style as requested by the organizers and took the time to really connect with the crowd. In turn, the crowd was mesmerized and excited, jumping and singing along, there was also space for separate dancing.

The event ran smoothly and was impactful for all of the attendees. One shliach shared that he was told by a successful businessman and owner of a well-known bank that he was so moved that he cried once he got back to his car following the event. Clearly events with such a feeling of achdus can leave a lasting impression on all who attend.