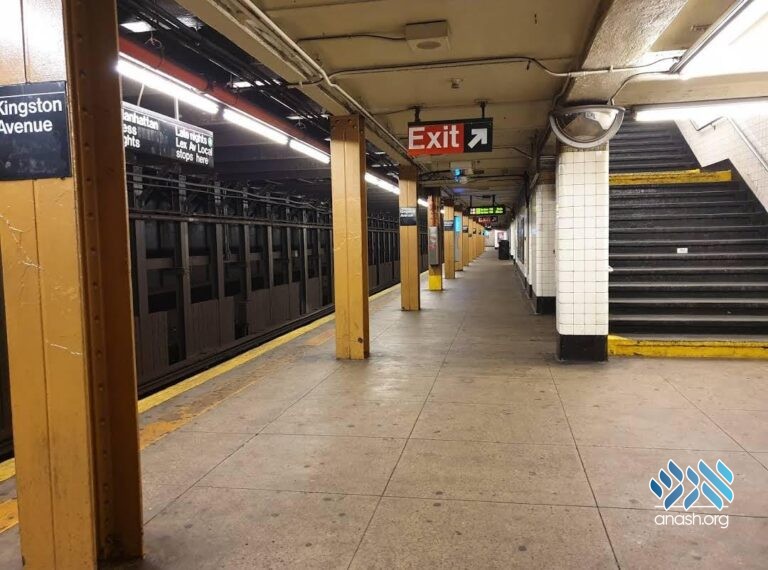 A Jewish man escaped uninjured after being threatened with a knife in a Crown Heights subway station. Shomrim is urging locals to be aware of their surroundings and to walk in pairs.

A Jewish man escaped uninjured after being threatened with a knife in a Crown Heights subway station.

Crown Heights Shomrim told Anash.org that the incident took place on Tuesday night in the subway station on Eastern Parkway and Schenectady.

“A black man pulled out a knife and threatened to stab a Jewish male who is the station at the time,” they said. “Baruch Hashem, he was able to escape unharmed.”

Shomrim says that the victim filed a police report and the police are checking the surveillance cameras in the station.

“Please be aware of your surroundings and walk in pairs,” Shomrim said. “If you notice anything suspicious, do not hesitate to call us, and we will respond accordingly.”