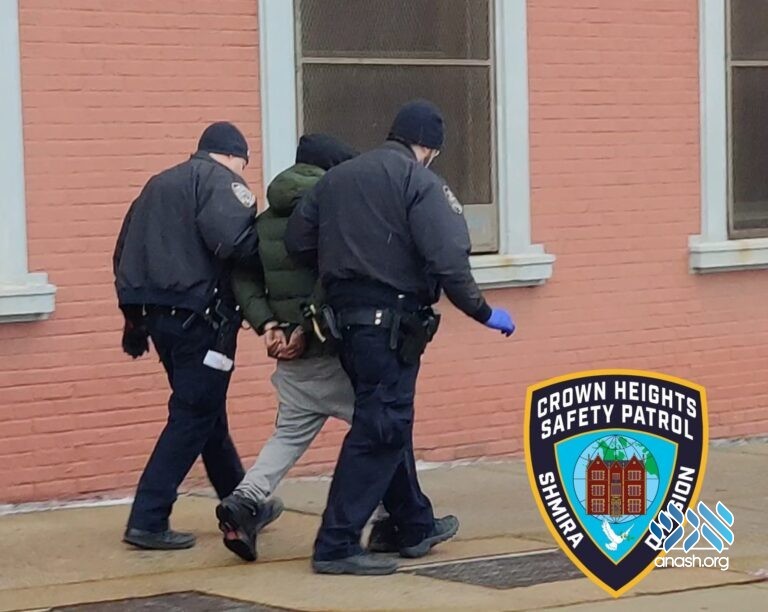 A perpetrator attacked a Jewish man in Crown Heights on Sunday afternoon, punching him in the face and knocking off his hat. The attacker was arrested with help of Shmira and the NYPD.

A perpetrator was arrested Sunday afternoon after he randomly attacked a Yungerman by knocking his hat off and punching him in the face.

The incident occurred near Crown St and Troy Ave at approximately 4:30pm.

Shmira was immediately notified and together with the NYPD, they were able to apprehend the suspect and place him under arrest.

The victim is doing fine, a spokesperson for Shmira told Anash.org