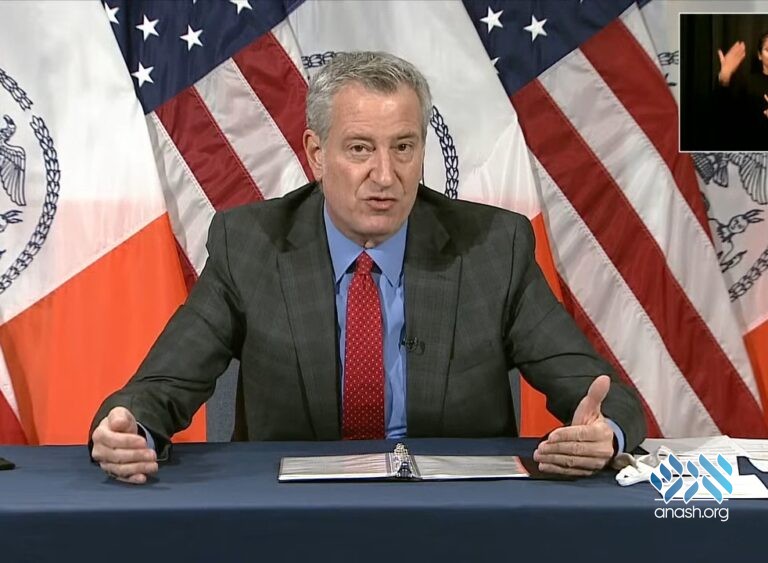 When it came to lockdowns, NYC Mayor Bill de Blasio consistently singled out the Jewish communities in the city. But when vaccines are being handed out, those same communities are far down the list.

For months, NYC Mayor Bill de Blasio, assisted by Governor Andrew Cuomo and the media, promulgated the narrative that the city’s Orthodox Jewish neighborhoods were home to the largest COVID-19 spreads. So why, when it comes to vaccine distribution, are the communities forgotten?

Earlier this week, the mayor’s office launched “NYC Vaccine for All”, a campaign intended to prioritize vaccine distribution to hardest hit neighborhoods. But the zip codes covering Boro Park, Crown Heights, and most of Williamsburg are not on the list of 27 communities.

If we were to believe the months of rhetoric from the mayor, Boro Park should have been right at top of the list. After all, when the Mayor was shutting down communities, it was one of the first to be locked down. Instead, the mayor conveniently forgot about them.

“Let me get this straight,” tweeted Assemblyman Simcha Eichenstein. “When it comes to lockdowns, Brooklyn’s Orthodox Jewish neighborhoods are considered hardest hit. Yet for vaccine distribution and relief services, suddenly we’re not even in the top 27 neighborhoods?”