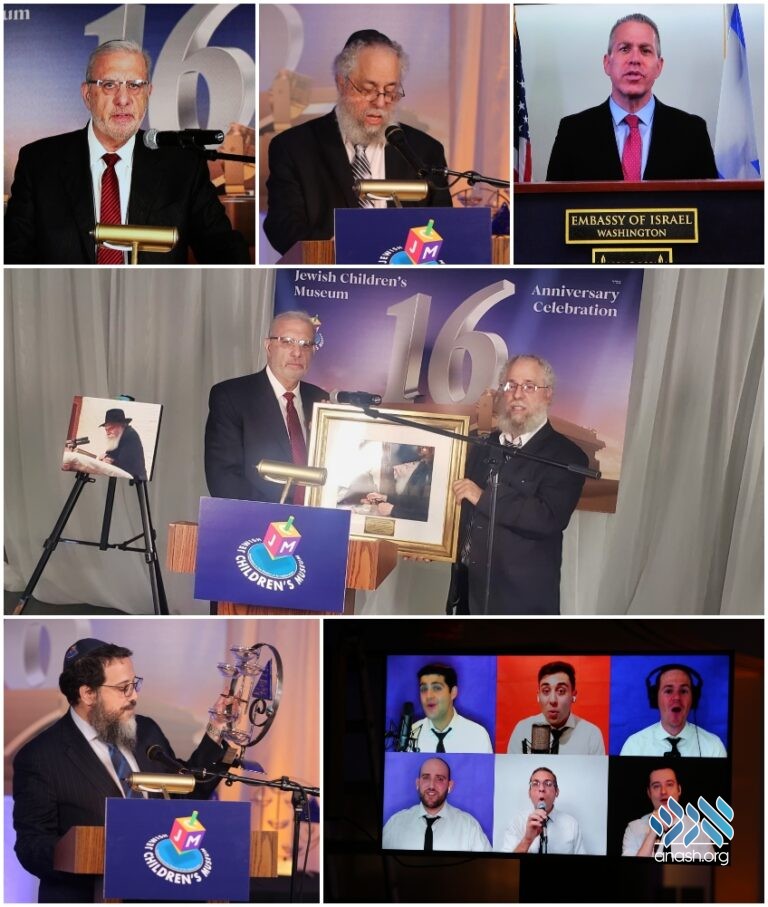 The Jewish Children’s Museum celebrated its 16th Anniversary Gala with a virtual event on Wednesday. The program included a welcome by Israel’s Ambassador to the US, and a memorial to Mrs. Miriam Popack.

The Jewish Children’s Museum celebrated its 16th Anniversary Gala with a virtual event Wednesday, the Twelfth of May, Rosh Chodesh Sivan.

The program was welcomed by Israel’s Ambassador to the United States and the United Nations, Mr. Gilad Erdan, who has recently visited the museum with family & friends.

The virtual gala highlighted the museum’s pivoting and developing ways to reach children from many diverse backgrounds during the pandemic. It presented snippets of its virtual programming that has welcomed more than 2,500 children in the past few months, and it’s opening to the public in a modified manner, as per CDC guidelines.

The event was hosted by Stephanie Simon, Arts Reporter for NY-1, and there was an exciting show by Premier A-Cappella group, The Maccabeats.

The event was joined by more than four hundred JCM friends, and as in the words of the Museum’s Executive Director, Rabbi Yerachmiel Benjaminson, “the virtual event worked out very well, and with G-d’s help next year will continue to grow and help the JCM’s further success.”