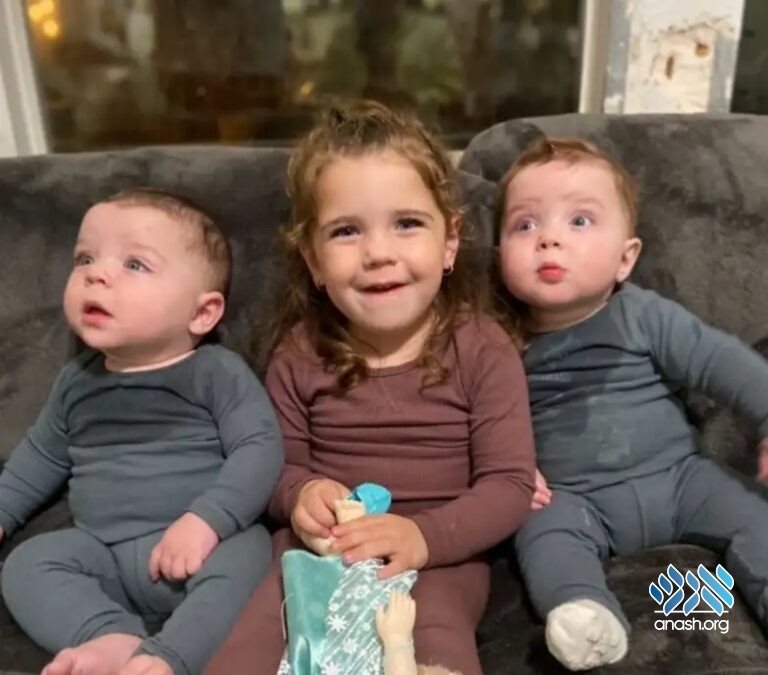 7 months after Texas Child Protective Support Services seized the Edrey children based on a misdiagnosis, and after Anash.org readers joined with thousands of others to donate to their legal defense, the CPS dropped the case and the children are back home.

Just a few hours ago, Dallas, Texas Child Protective Services officially dropped the case and returned the Edery children home to their parents’ care. This is an incredible victory that belongs to everyone, the thousands, who were involved.

It all began on July 3, 2021, two-month-old, Mickey Edery suddenly went limp at home. His parents rushed him to the hospital where they found a minor brain bleed. Unfortunately, the hospital misdiagnosed the infant with a fracture and retinal bleed. These misdiagnoses were only caught the following day. In the meantime, abuse was suspected, and CPS removed all three Edery children from their home even though the Ederys have clean records and their other two children have no signs of abuse.

Even after the misdiagnosis was discovered the following day, Dallas CPS refused to rectify the actions they took, despite the basis for them having been withdrawn.

All along, the Ederys were treated very unfairly. CPS ignored procedures and disrespected the Edery family’s religious observance and trampled on the religious rights of the children all while causing immense emotional harm to the children and their parents.

For example, by law, CPS is initially supposed to give the parents a chance to place their children with a friend temporarily. When the parents quickly identified a family friend who would take the kids, CPS simply ignored them, seized the three kids (all of whom are under age three) and placed them in foster care.

Once kids are in the system it is almost impossible to get them out. But thanks to the incredible support from people across the world, the Edery’s were able to marshal legal, medical and political resources to right this wrong and get their kids back, but still taking the better part of a year.

Tonight the Edery children are reunited with their parents and everyone is overjoyed.

However, there is still work to do. Legal and medical bills remain. There are also bad actors, including government employees, who need to be held accountable so they can’t do this to another family who may not have the same incredible community to help them fight back. So we will be keeping the campaign at www.charity.com/reunite open and promise to keep everyone updated.

For tonight though, this victory belongs to all of us. Savor it. Thank you.