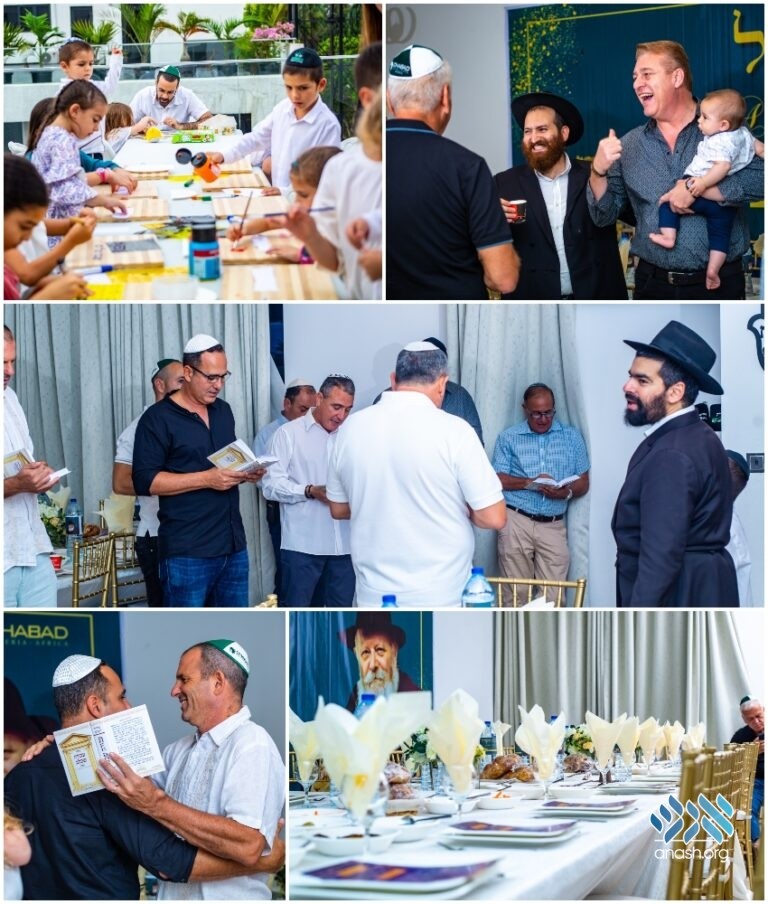 In the spirit of Hakhel, the shluchim to Abuja, Nigeria flew to the coastal city of Lagos for the county-wide Hakhel Shabbos where they thought they came for one reason, but another mitzvah was brewing.

After a recent farbrengen where a sicha of the Rebbe was learned about Hakhel, the Shluchim to Nigeria were inspired by the Rebbe’s call to action and immediately began organizing a Hakhel Shabbos.

The Shluchim to Abuja, Nigeria, Rabbi Israel and Haya Uzan flew to Lagos with their family, where Rabbi Mendy and Mazal Sternbach prepared a full Shabbaton for the Shluchim and the entire Lagos community.

At the shabbos kiddush, an American Jew named *Michael, who was visiting Lagos as the representative of Academy Awards, commonly known as the Oscars, heard about the gathering and joined.

He told the story of how his parents were saved from the concentration camps by a Christian who made them promise that if they make it safely to the United States, they must convert to Lutheranism. His father felt compelled to keep his word and never gave his sons a bris while his mother stayed with her Judaism.

As Rabbi Sternbach began making kiddush, Michael emotionally asked that he have his father in mind for kiddush.

After some L’chaim, Rabbi Uzan arranged for his bar mitzvah the following Shabbos.

Currently, in Abuja, Nigeria, the American embassy is still mostly evacuated except for vital staff due to the code red terror alert issued by many foreign embassies.