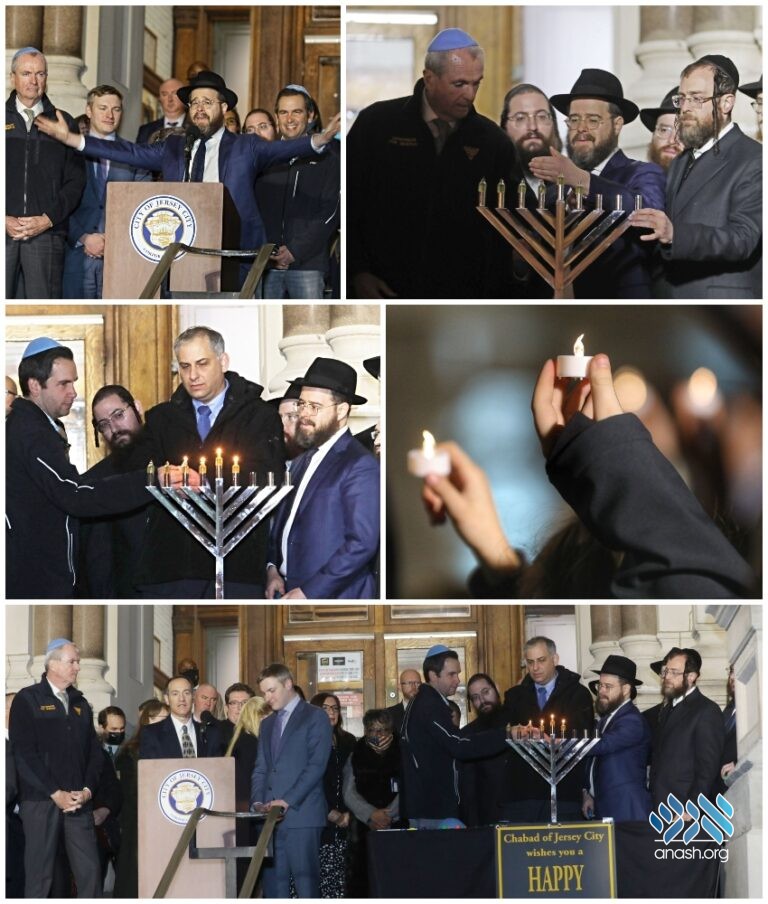 The “Shine A Light on Antisemitism” event commemorated the second anniversary of the fatal 2019 kosher deli shooting. The menorah lighting ceremony was led by Rabbi Moshe Schapiro of Chabad of Hoboken and Jersey City.

Jersey City Mayor Steven Fulop remarked, “The story of Chanuka is one of light overcoming darkness and I think that the story of Jersey City over the last couple years embodies that as well.”

“As we lit the menorah in Jersey City, we honored the lives lost two years ago in an act of antisemitism and hate,” Murphy said. “Moshe Deutsch, Mindy Ferencz, Douglas Miguel Rodriguez, Detective Joseph Seals. May the light of the menorah always defy the darkness of hate.”