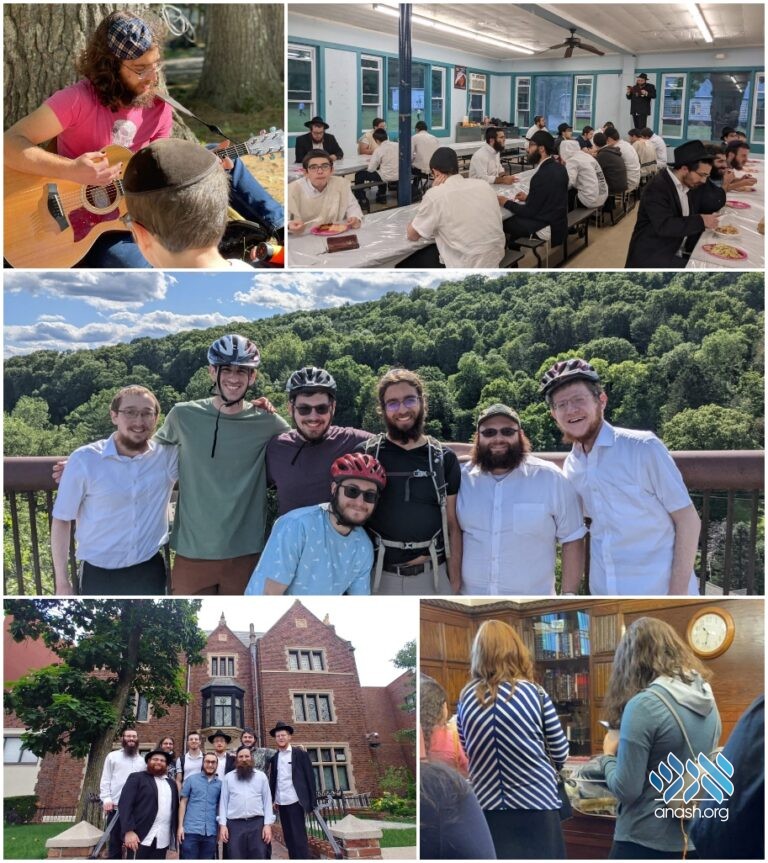 The annual “Ivy League Program” where college students had the opportunity to immerse themselves in a yeshiva-style program during the break between semesters, just recently concluded their 36th summer. Students say the summer changed their lives.

The Jewish Summer Fellowship – Ivy League program just concluded its 36th year of existence and served as a boost of inspiration to all those attending.

The Jewish Summer Fellowship, also known as the Ivy League program, is a 6 week-long learning program geared towards college students, under the auspices of NCFJE and in gratitude to Mr. Sadie and Mrs. Ira Rennert. The men’s program took place at the Shaloh Center in Napanoch, NY and was run by R’ Shmuel Lieberman, shliach at Hofstra University. The women’s program took place in Kingston, NY and was directed by Mrs. Baila Hecht. The students enjoyed a curriculum filled with classes on practical and intellectual matters as well as fun activities and trips all while earning a stipend.

One of the most popular classes at the men’s division of JSF was given by Dayan Berel Bell of the Montreal Beis Din. His course, tilted “Sinai to Cyberspace” was initially introduced at Ivy League and has since been presented around the world. It explains how the written and the Oral Torah were given together and compliment each other, which is how we know the halacha on all contemporary matters.

The program is updated year after year to fit the needs and interests of current students. This year’s new course was given by Professor Dovid Yehuda (Tom) Imbo who has an impressive list of accomplishments, including doing a fellowship at Harvard University. He used the power of technology and was able to teach 3 courses over zoom. He shared about the special connection between quantum physics and Chassidus with the students. His vast knowledge in both spheres allowed students to dig deeper and ask all their challenging questions.

Another highlight of the program is undoubtedly the trip to Crown Heights. The students from the men’s program got to have a tour of 770, visit the library, the famed WLCC room, and had a delicious dinner at Mozarella. The women’s program had a similar experience in addition to going to a chassidic wedding of a former Ivy League student, visiting Zlata Wigs and were treated to a feast at Boeuf & Bun.

A major part of the important impact that the program has on its students is the camaraderie that is developed throughout the 6 weeks. The students from the men’s and the women’s campuses said that they left feeling like they were a big family. Many of them go on in their lives maintaining strong connections with the people they met at Ivy League and are able to lean on each other during any challenge that may come up in their lives.

The students agreed that JSF is a fantastic place to be for any college student who is looking to gain knowledge on their Jewish heritage, a deep love for yiddishkeit and a strong support system.