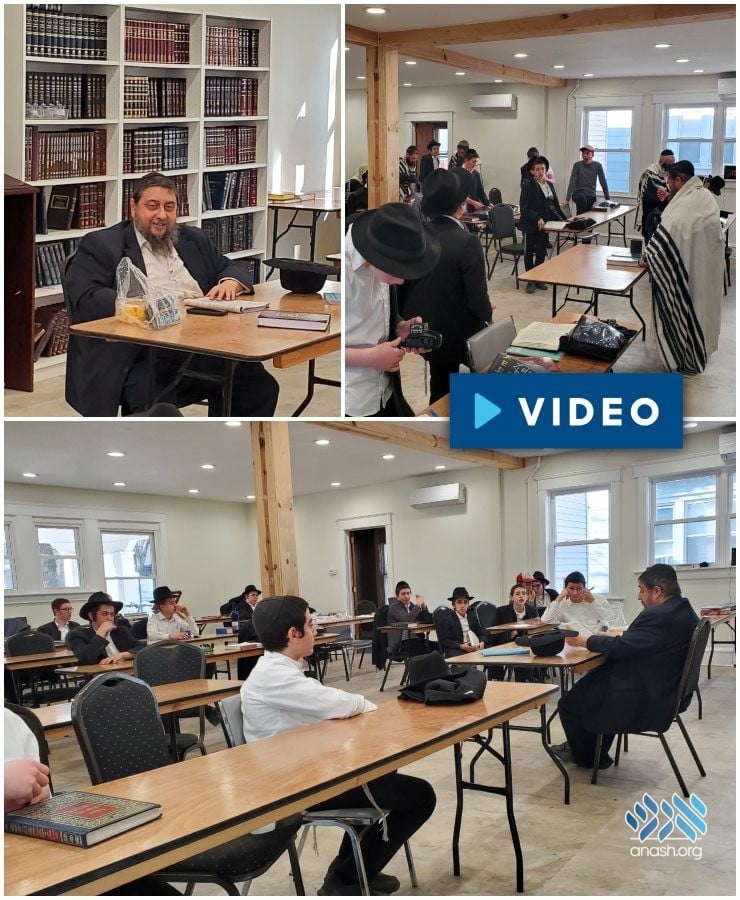 The Kingston Mesivta had the honor of hosting the Rebbe’s shliach to Ithaca, NY, and worldwide Torah teacher, Rabbi Eli Silberstein, who delivered a shiur and shared his amazement at the caliber of the Mesivta.

On Wednesday, the Lubavitch Mesivta of Kingston, PA, had the honor of hosting Rabbi Eli Silberstein, shliach to Ithaca, NY, and a worldwide Torah teacher.

Marking his mother’s yarhtzeit, Rabbi Silberstein davened with the bochurim and shared an explanation from the Rebbe on the Mishnayos said by an avel.

During the day, he delivered an iyun shiur on the parsha, discussing the status of the avos before Matan Torah, and how they could keep Shabbos if they were Bnei Noach. He offered various explanations that have been suggested, along with their historical context.

Following the shiur, Rabbi Silberstein shared with the bochurim stories of his mother’s youth in Communist Russia and the struggles she endured to keep Yiddishkeit. He spoke about her mesiras nefesh as a young child, such as choosing to have her finger cut not to write on Shabbos, and her fearlessness in the face of KGB agents.

Rabbi Silberstein shared his amazement at the caliber of the Mesivta, and expressed that such a Mesivta should be more well-known.