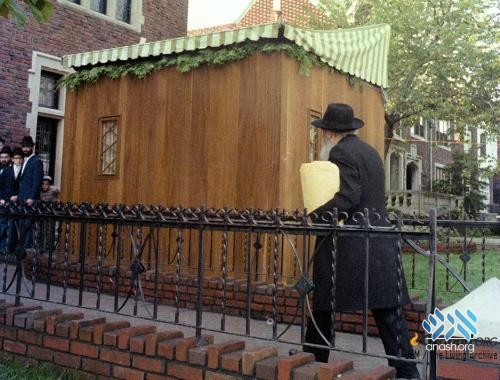 A Moment with the Rebbe: During his first Hakofos in 770, the Rebbe motioned to Reb Leizer Nanas to throw away his walking stick.

He arrived at the Rebbe’s Simcha Torah after being held in Soviet labor camps for twenty years, the elderly Reb Leizer Nanas finally exited the Soviet Union in 5726 (1966) and settled in Eretz Yisroel. At his first opportunity, he traveled to the Rebbe, for Tishrei 5727.

During hakafos he was clutching his walking stick, due to severe leg pains he suffered as a result of the prolonged prison time.

“Suddenly the Rebbe motioned to me,” he writes in his diary. “I didn’t understand the signal, but one of the bochurim grabbed my stick and threw it away. I couldn’t believe the audacity: to take a seventy-year-old person’s cane from him just like that. But the Rebbe smiled to me, and motioned that it’s okay…

“After yom tov, I said to the Rebbe that I had indeed managed to get around in shul, but what will be when I’m back in the mountainous Yerushalayim?

“The Rebbe responded, ‘Reb Leizer, it will be okay!’ And so it was, I walked for many years without my cane.”