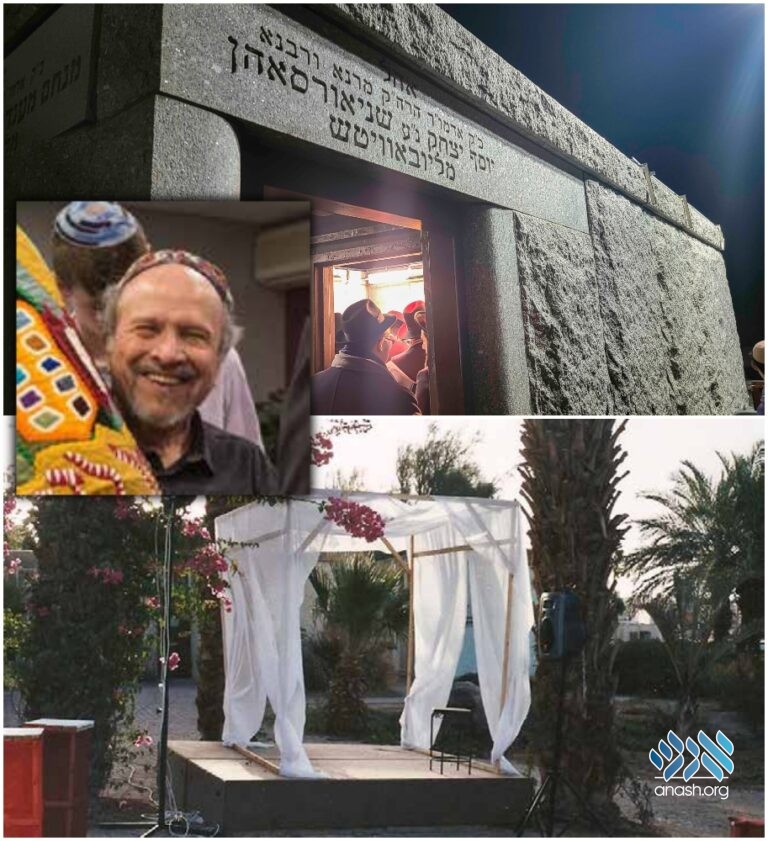 “Our son Philip was 40 years old, and wanted very much to see him marry a Jewish woman and have children. So while visiting the Ohel, we both decided to request a blessing. One week later…”

By A Chassidisher Derher
As told by Mr. Henry Belman (Media, Pa)

Although I lived in Brooklyn for many years, had an Orthodox Jewish education in my youth and passed by 770 quite often, I never had the opportunity to engage with Chabad in a meaningful way. Approximately 11 years ago, my son and his family living in Pittsburgh, PA became involved with Rabbi Yisroel and Chani Altein, Chabad shluchim in Squirrel Hill.

My wife and I had the opportunity to meet them during one of our visits there. We were so impressed with their friendliness and passion for Yiddishkeit that we decided to introduce ourselves to our local Chabad rabbi and rebbetzin in Media, PA at the time, Rabbi Eli Dovid and Rivkah Strasberg.

Several months later, Rabbi Strasberg invited us to join him and several other couples on a day-long trip to New York to visit the Ohel and Crown Heights.

When we arrived at the Ohel we were advised to write a note to the Rebbe with requests for blessings we wished for.

Our son Philip was 40 years old at the time. He was always studious and hard-working and was never inclined to get married and start a family. We as Jewish parents wanted very much to see him marry a Jewish woman and have children, so we both decided to write in our notes a request for Philip to find a nice Jewish girl and start a family soon.

We entered the Ohel, recited several chapters of Tehillim and tore up the notes as we were told is customarily done. On our way out we gave tzedakah and the entire experience was very special for us.

A week later Philip called us with the news that he just met a Jewish girl online. We were amazed at how quickly and miraculously the Rebbe’s blessing seemed to be materializing just a week after we had davened at the Ohel for this to happen.

Philip eventually dated and married the woman he met online that week and they are now the parents of a wonderful little girl. All this happened because of the Rebbe’s blessing and we are proud supporters and members of our local Chabad ever since.

I share this story all the time with people and I know many friends of ours that went to visit the Ohel as a result of hearing our story.

Tap into the pulse of Chassidishe life, packed into one magazine.
Click here to get your own Derher magazine.