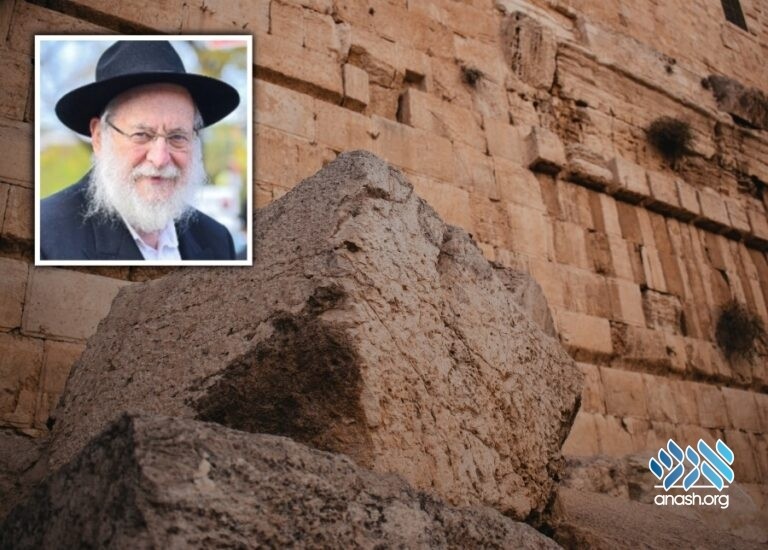 Article by Rabbi Yossi Chitrik: Asara B’Teves is weightier than other fasts since it signifies the start of the decline. Once we start being lax, the end result is predictable.

Today is the fast of Asara B’Teves. On this date, the process began that eventually brought about the Beis Hamikdosh’s total destruction.

It’s mentioned in seforim that Asara B’Teves will never fall on Shabbos, for if it would, we would have to fast on Shabbos!

All other fast days which fall on Shabbos and relate to the Galus, are either moved back to Thursday (such as Taanis Esther), or pushed forward to Sunday (Tzom Gedalya, Shiva Asar B’Tammuz and Tisha B’Av).

Why is Asara B’Teves more significant than all other fast days, and even weightier than Tisha B’Av. Although Asara B’Teves was only the beginning of Churban, Tisha B’Av was the churban itself!

I once heard a pivotal vort from the Rebbe on this subject:

When someone finds himself, G-d forbid, at the end of his downfall in Yiddishkeit, it is an inconceivable and unfortunate fate – a churban.

Nevertheless, it is no surprise, but rather an obvious end result of his original derailment from Yiddishkeit.

The beginning of that downfall, which marked the start of his deviation of his Yiras Shomayim, is much more distressing.

Had one given thought to the signs indicating deviation from derech Hashem when he was mere inches away from the thoroughfare – he would have been able to reroute back much easier and quicker.

No one decides to immediately stop keeping Shabbos; it’s a gradual deterioration. It starts with being lax in ‘minor’ issues, getting accustomed to that lower standard, leading to leniencies in more important areas, getting used to that level, and… the eventual result is predictable.

That is the reason, explained the Rebbe, why Asara B’Teves is more severe than all other fast days. We experience the sorrow at the start of the deterioration process. The churban that followed was ‘only’ the outcome.

This Asara B’Teves will teach us to focus on ourselves, our students and our children – to be aware of faltering vital signs in ruchnius, to quickly strengthen ourselves and others, and return to derech Hashem and Yirah Shleima.