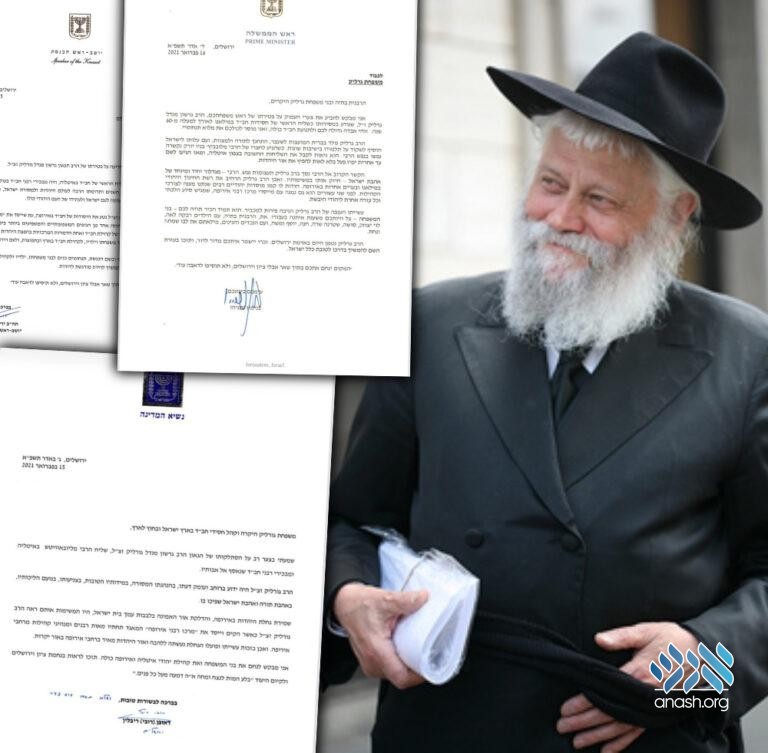 Rabbi Garelik served as the Head Shliach to Italy and rov of Milan. In his decades serving as shliach, he built up Chabad in Italy, which currently boasts shuls, Chabad Houses, schools and restaurants. In his capacity as the Chief Rabbi of Milan, he also built an extensive network of connections in Eretz Yisroel and around the world.

In a letter sent to the Garelik family, Prime Minister Netanyahu highlighted Rabbi Garelik’s work in expanding Jewish education in Milan and other European cities.

“His close connection to the Rebbe is what gave Rabbi Garelik fortitude,” Netanyahu wrote. “His passing is a great loss to you and to the entire Chabad movement, and I offer you all my full condolences.”

In a letter addressed to the Garelik family and to “Chabad Chassidim in Eretz Yisroel and around the world,” President Rivlin wrote that he was pained to hear of the passing of Rabbi Garelik.

“Rabbi Garelik was known for his breadth and depth of mind, his dedicated leadership, his virtues, his modesty, his pleasant demeanor, his love of Torah and his love of the Jewish people,” he wrote. “It is thanks to his work, the light of Judaism shines throughout Europe.”