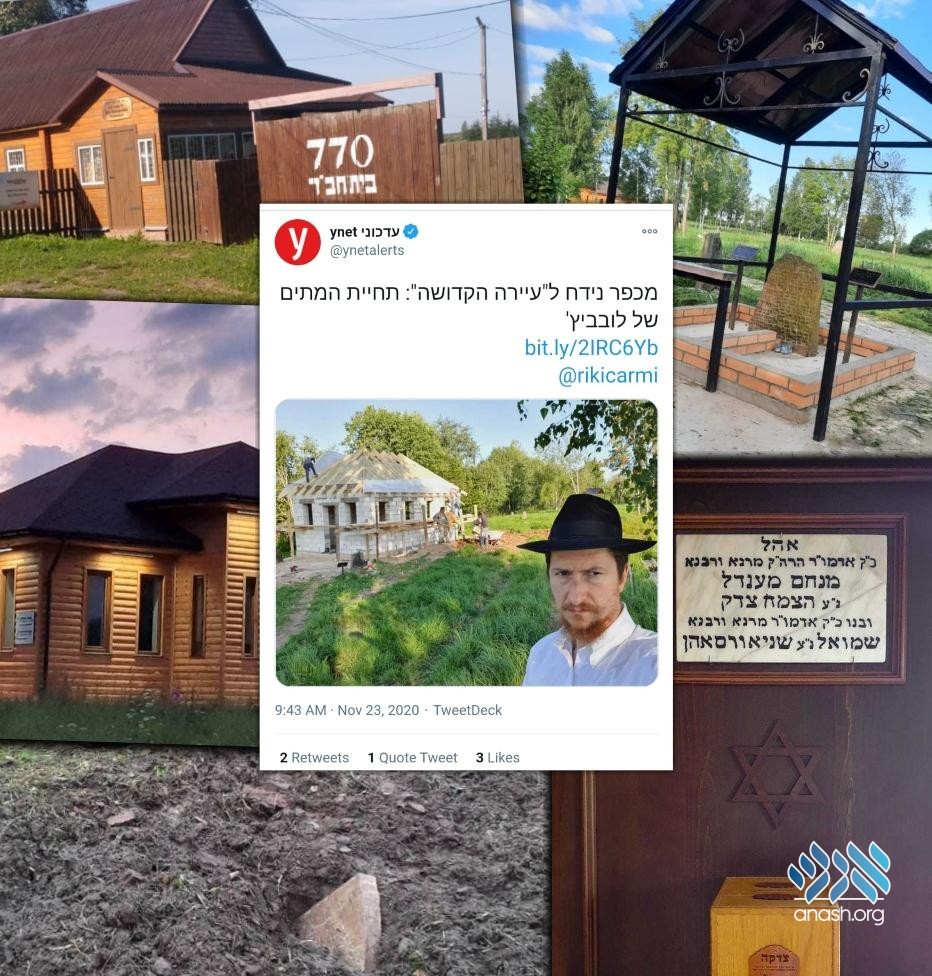 Yediot Achronot, the largest newspaper in Israel, profiled the revitalization of the town of Lubavitch, the capital of Chabad for many decades, the restoration of its many holy sites and the man behind the project.

Israel’s largest newspaper featured an article on Monday profiling the the revitalization of the town of Lubavitch, the capital of the Chabad movement for many decades.

For many years, the cemetery in Lubavitch lay barren, with trees and shrubbery covering most of the area that had, for generations, been considered hallowed ground. It took decades for the Ohel of the Tzemach Tzedek and the Rebbe Maharash, destroyed by the Nazis, to be rebuilt. It took many more years for the other holy sites to be restored, with many projects still in the process.

In recent years, the town began becoming a pilgrimage spot for many, with thousands from around the world visiting it every year. Noticing the new destination on the map for Jewish travelers, the Yediot Achronot paper decided to cover it, writing about the “techiyas hamessim” of Lubavitch in an extensive article on Monday.

Rabbi Gabriel Gordon, the Shliach to Lubavitch, and the man behind all these projects, explained to Yediot the deep attachment Chabad has to the town. He noted that six of the seven Chabad Rebbeim resided in Lubavitch, at least for a short period of time.

“Although the Alter Rebbe did not reside in Lubavitch during most of his life, when he was a youngster he spent a few years studying with his uncle Yosef Yitzchak, then rabbi of the small village,” he said.

Rabbi Gordon described to the paper the many projects they have taken on in the past years, including the restoration of the Shul near the Ohel, rebuilding Ohel of the Rebbetzins, and the projects that are in the process, including rebuilding the chotzer and building guest houses.

“In recent years, we have begun renovations to the cemetery, and the oldest matzeiva we unearthed so far is from 1794, belonging to the kever of one of the students of the Baal Shem Tov,” Rabbi Gordon said.

He told the paper that the town has been seeing more visitors each year, even though it was not an easy trip.

“This is a Russian village literally at the end of the world, where civilization did not yet reach,” he said. “It’s a five hour trip from Moscow, and from other cities in Russia it’s a 12 hour trip. Yet, people don’t stop coming.”

Even during the coronavirus pandemic, visitors haven’t stopped arriving in Lubavitch.

“Due to the closure of global air travel, there has been a great increase in visitors from within Russia. People are looking for a holy place to daven by without having to leave the country,” he said. “That is causing more and more locals to ‘discover’ Lubavitch, and throughout the months of the pandemic we have had over 1,000 visitors.”