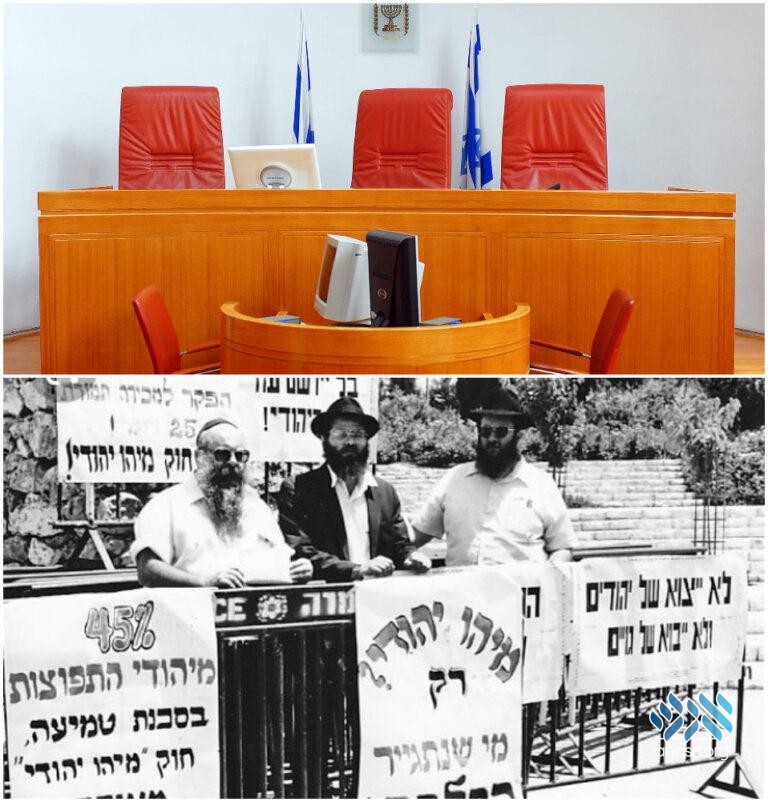 In its latest assault on Jewish law in the State of Israel, the High Court ruled on Monday that non-Orthodox conversions be recognized for the purposes of citizenship.

In its latest assault on Jewish law in the State of Israel, the High Court ruled on Monday that non-Orthodox conversions be recognized for the purposes of citizenship.

The new ruling is another major setback for “Miyu Yehudi” – the struggle for giyur k’halacha initiated by the Rebbe and fought for over many decades. The struggle began when the Knesset passed a law in 5730 that for the purpose of the ‘right of return’ a Jew is “one was born to a Jewish mother, or who converted,” removing the word “k’halacha – according to Halacha” that had previously been there.

Over the next decades, Chabad chassidim and others fought to have the word “k’halacha” returned, correctly foretelling the disastrous results the new law would cause.

If the ruling stands, it will mean that the Reform and Masorti (Conservative) groups will have won their 15-year battle to gain official acceptance of their conversions, allowing their converts to immigrate to Israel and receive full benefits as citizens under the Law of Return.

The decision was rendered by an expanded panel of nine justices due to the sensitivity of the issue. It ends an appeal process begun in 2005, when two non-Orthodox Jewish denominations filed a petition to the court demanding that citizenship be granted to several converts who converted through their conversion systems in Israel.

“We refrained from issuing a ruling in order to allow the state to advance legislation on the issue,” wrote Justice Dafna Barak-Erez on Monday. But since people’s “rights hang in the balance” and no such legislation is advancing, the court has decided to issue its ruling.

The ruling was 8-1, with Justice Noam Sohlberg dissenting.