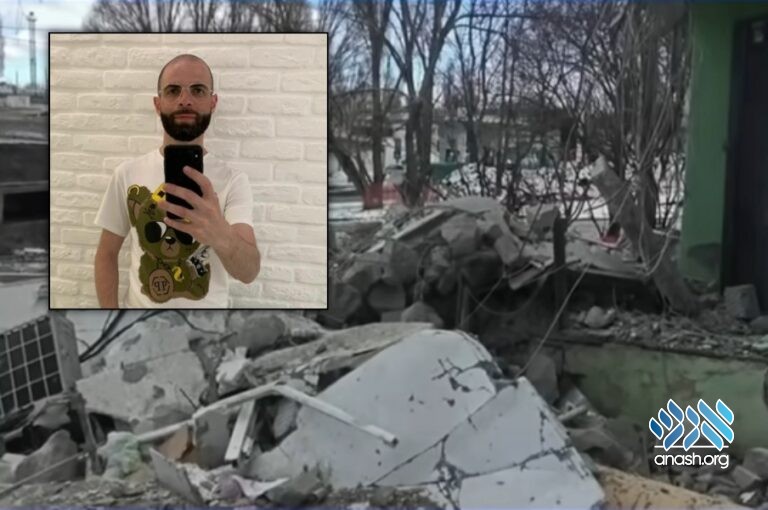 A 40-year-old Israeli man has been killed and another taken hostage by Russian forces fighting in Ukraine.

A 40-year-old Israeli man was killed during an intense Russian attack on the Ukrainian town of Bila Tserkva on Monday night.

He was identified by family members as Roman Brodsky.

Although initially it appeared that he was shot by Russian troops, his father says otherwise.

The car was reportedly traveling in the direction of Kamyana, as its occupants attempted to flee Bila Tserkva, when they were stopped at a checkpoint by Ukrainian forces who opened fire.

“They thought he was Chechen or something and killed him,” his father tells the Kan broadcaster. He was hit, badly hurt, and died at the scene.

Israel Foreign Ministry officials spoke to his wife who was also wounded in the shooting and is still stranded in Ukraine with their two children.

“The Foreign Ministry wishes to express its sincere condolences to the family in its difficult time and will continue to assist the family as much as possible,” a statement read.

Brodsky made Aliya with his parents at the age of 13, but moved back to Ukraine around two years ago to start a business in Kyiv.

Additionally, the Jerusalem Post reports that also said that an Israeli has been taken hostage aboard a Ukrainian ship, though details regarding that situation remain sparse at this time.

According to the United Nations, 352 civilians in Ukraine have been killed since war’s onset last Thursday.

The first day of cease-fire talks between Russia and Ukraine at the Belarusian border has ended without any result.

In a speech directed at Russian soldiers fighting in Ukraine, Ukrainian President Volodymyr Zelensky said “More than 4,500 of your soldiers have been killed. Put down your weapons, do not trust your commanders and this propaganda. Just save yourself and leave.”