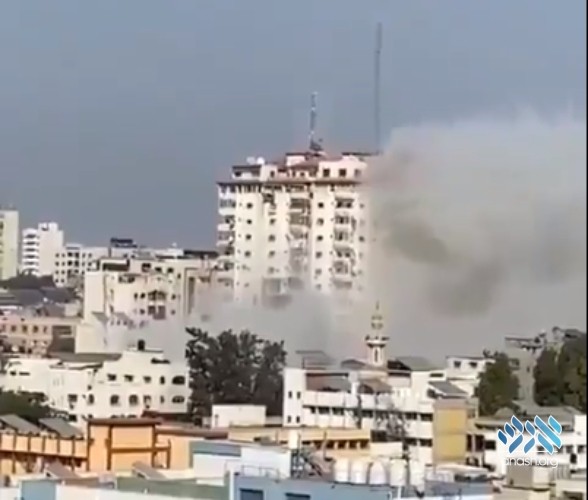 The IDF struck targets in the northern Gaza Strip, killing a top Islamic Jihad operative on Friday, saying it has begun Operation Breaking Dawn against the Palestinian Islamic Jihad.

The Israel Defense Forces has launched what it is calling Operation Dawn in the Gaza Strip, carrying out strikes on as-yet unspecified terror targets in the Strip, to counter what it says is the ongoing imminent threat of an attack by the Palestinian Islamic Jihad organization.

The military says a “special situation” has been declared on the homefront, as it expects the group to retaliate. Gatherings in areas up to 80 kilometers from Gaza are restricted, and residents in areas close to the border are instructed to remain close to bomb shelters.

Earlier Defense Minister Benny Gantz warned that Israel would take action if it did not back down from its intentions to carry out attacks against the country in response to the arrest of its West Bank leader.

Reports from Gaza allege that the IDF has assassinated a senior Islamic Jihad commander who was driving his car at the time of the attack. The terrorist is commander of the Islamic Jihad military forces in Gaza Tayseer al-Jabari.

15 more terrorists have been killed, according to IDF.

Israel had limited movement in the South over the last three days due to threats by Islamic Jihad that it would attack Israel.

Israeli media is reporting that the IDF has deployed Iron Dome missile defense batteries in the Beersheba, Tel Aviv and Jerusalem areas in expectation of rocket attacks.