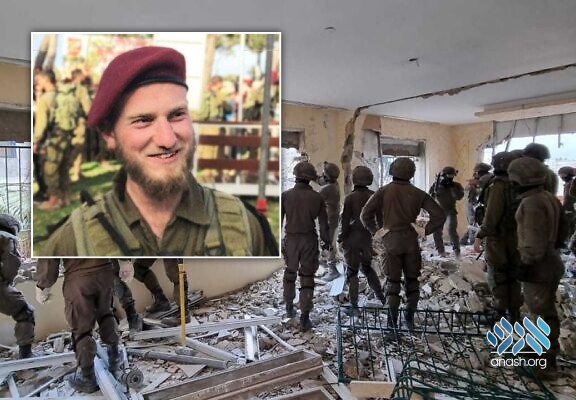 Israeli Security forces demolished the home of a Palestinian terrorist who killed Eliyahu Kay, and wounded two others in a shooting attack in the Old City last November.

Israeli Security forces demolished the home of a Palestinian terrorist who killed a young Lubavitcher in a deadly terror attack last November in the old city of Yerushalayim.

Kay was a 26-year-old resident of Modi’in and an employee of the Western Wall Heritage Foundation, serving as a tour guide for the Kotel tunnels.

He was killed as he was walking toward the Kosel for Shacharis, holding his tefillin and a volume of Likutei Sichos.

On Tuesday, officers demolished the interior of Abu Shkhaydam’s home and sealed the entrance — a practice sometimes used by security forces when an attacker lives in an apartment rather than a house.

Police said around 150 officers were involved in the operation to demolish the home. In a statement, police said that the officers came under attack on the scene, and that “means of dispersal” were used.

Fadi Abu Shkhaydam opened fire at a number of Israeli men in the alleyways of the Old City, killing Eliyahu Kay and injuring four others, two of them seriously. Border Police officers returned fire, killing the attacker.