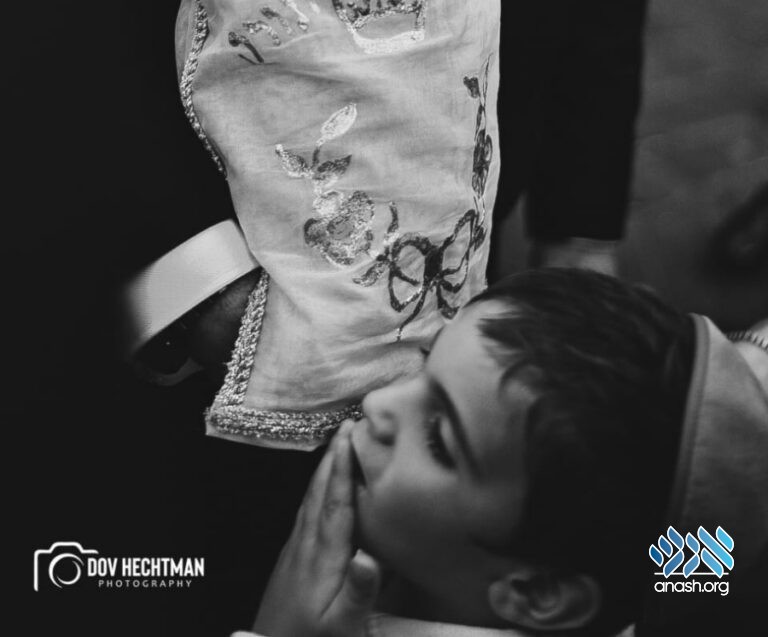 Chinuch and the Parsha by Rabbi Shmuel Wagner: As we begin the new cycle of learning Torah, let us embrace an important perspective that Chassidus teaches, one that makes Torah relevant and applicable to our lives.

Every day in Davening, we say “Pesukei Dezimra”. Every Pasuk in these paragraphs between “Baruch She’amar” and “Yishtabach” is from Tanach – except for one. Which Pasuk in Pesukei Dezimra is not actually a Pasuk?

(Coming from the month of Tishrei, this ‘Pasuk’ played a predominant role in the Tefillos of Rosh Hashanah, as well as in the Pesukim before Hakafos on Shmini Atzeres and Simchas Torah.)

But the question is obvious: Why did the Chachomim choose not to write this line in the seemingly proper order? Shouldn’t it instead say, “Hashem was the King, Hashem is the King, Hashem will be the King forever and ever”, with “Hashem Moloch” being placed before “Hashem Melech”?!

So, let us talk about that story.

The basic story is (wait! Before you skip this paragraph – because you already know the story – I challenge you to read it and see which part I skip out…): One of the Czar’s ministers, a learned individual, visited the Alter Rebbe while he was in jail, and asked, “Why would Hashem ask Adam where he is if Hashem surely knew?” The Alter Rebbe responded that Rashi answers the question [that it was not to overwhelm Adam], to which the minister re-joined that he knows Rashi’s answer; he wants to know the Alter Rebbe’s answer. The Alter Rebbe then explained to the minister that Hashem’s question to Adam “Where are you?” is indeed Hashem’s query to each one of us, “Where are you holding in the fulfillment of your life’s mission?” The Alter Rebbe used an example from the minister’s own life, quoting the exact number of years of the latter’s age.

Did you catch the part of the narrative that I left out? The full story is, before the Alter Rebbe gave his answer, he first asked the minister, “Do you believe in the eternity of the Torah?” When the minister replied that yes, he does believe, the Alter Rebbe disclosed the deeper lesson of the story.

In my understanding, that ostensibly trivial line in truth contains the key to the whole message.

There are many ways to answer this question. The Alter Rebbe was telling the minister that the prerequisite for him to hear the Rebbe’s answer was to first accept the general perspective of Chassidus:

Torah is eternal. Torah is written for you. Not in the plural sense, as one of millions of Yidden, but in the singular sense. Every detail of every story in the Torah was written by Hashem with you in mind. Only if you subscribe to this approach, the Alter Rebbe told the minister, can you profoundly appreciate the true meaning of “Ayeko”.

When you hear an awesome story of the Rebbe and you think to yourself, “Wow, what an amazing story!” it should only naturally be followed by, “What message can I learn from that?” Whenever you learn a Sicha, a Ma’amor, or even a ‘simple’ Pasuk in Chumash, part of the process must be a takeaway. This is not a bonus, or an amateur Mesivta/high school thing; this is fulfilling Hashem’s intention in writing this particular part of the Torah.

That is why we say “Hashem Melech” before “Hashem Moloch”. Because more important than the fact that Hashem was the King of the world for thousands of years, is the fact that Hashem is, presently, your King. The thousands of years of the world’s history were but setting the stage for you to be in the spotlight and fulfill the mission entrusted to you, which can be accomplished by no one but you!

The beauty and power of Torah and Yiddishkeit is its eternity. The stories of their lives were only written to help you overcome the exact challenge presently being experienced in your personal life.

As we begin the new cycle of learning Torah, let us embrace this perspective of Chassidus. Let us all answer the Alter Rebbe in the affirmative: “Yes, I do believe that all the stories of the ‘past’ are here for the present – for me!”