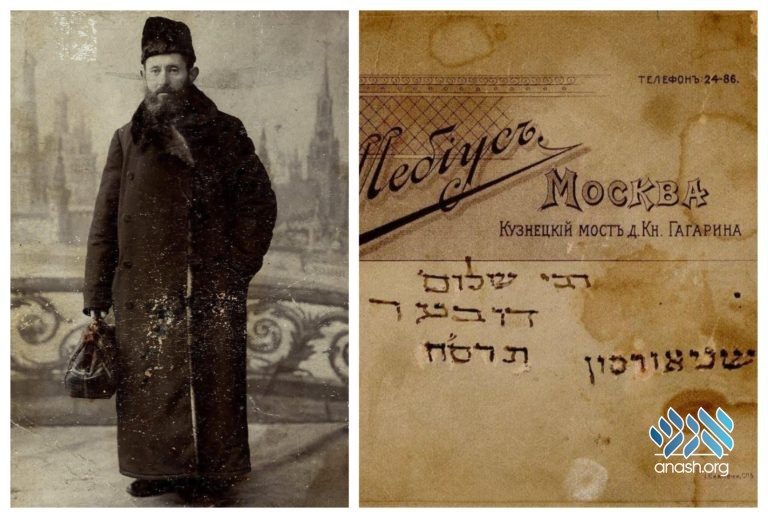 Here’s what we received via Whatsapp: (Anash.org takes no responsibility for the authenticity of the inscription, nor do we know if this is a picture of Rebbe Rashab.)

Only one photograph of the Rasha”b is known. It was photographed in the last year of his life, in 1920, for a passport before his trip to Turkey, when he was 59 years old. The following photograph was taken in 1908, as is printed on the reverse side of the cardboard upon which the photograph is affixed. In addition, inscribed in a period script: “Rabbi Shalom DovBer Schnnersohn, 1908.”

In this photograph, the Rasha”b was photographed at the age of 47, and approximately 13 years divide the photograph before us and the known one taken towards the end of his life.

What do you think? is this the Rebbe Rashab? Let us know in the comments, please.

The Rebbe Rashab’s cousin, Rav Sholom Ber Schneersohn of Retchitze-רעטשיטסע, a son of Rav Yehuda Leib of Kopust and a grandson of the Tzemach Tzedek, passed away on Chol Hamoed Sukkos of 5609/1908 at the age of 74, , so it would likely not be him. He likely would’ve been a lot older than the person photographed here.