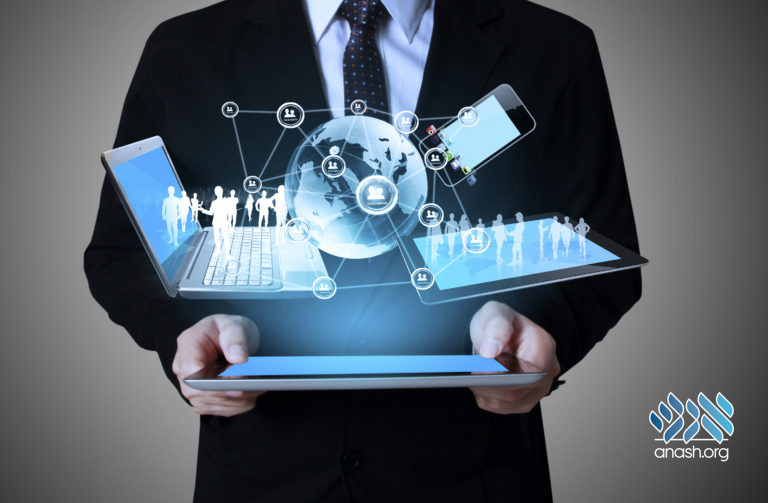 Recently the media covered a story about Agudas Yisroel creating a Siyum app for the upcoming siyum hashas and then scrapping it after several Rabbis voiced their concerns that creating the app is effectively a tacit approval of smart phones.

This story has engendered by me dual conflicting feelings.

On one hand I wondered whether the Rebbe would shy away from harnessing technology for promoting Torah study. On the other hand, the Rabbis did have a strong point that the app validates smart phone usage. A form of a hechsher, if you will.

Over time, I’ve come to appreciate the perspective of the Rabbis. The internet is such a spiritual desert, and it could certainly use more spirituality. (Yes, Chabad.org and other spiritual resources are terrific, if only it were the primary destination of recreational internet consumption…).

The internet is a dangerous place. The power of goodness that can come out of it is immense. As chassidim, it’s redeeming qualities are in “uforatzto,” grabbing it by the horns to be a powerful channel of purveying Elokus. But G-d forbid should we allow the internet to make us become its consumers.

The Rebbe saw the potential of media technology. Not that we can have TVs at home as viewers, rather that we should be creating content for hafatza that can be broadcast to those on TV. The same with internet.

To be honest, I’m not holier than anybody. I have internet, and I realize that it’s a challenge. But when people say that the Rebbe is “pro internet,” it bothers me.

In kashrus there is a well-known rule: אידי דטריד למפלט לא בלע, because [the vessel] is engaged in purging, it doesn’t absorb. If, however one is engaged in consuming, and there is toxicity at every turn, and one isn’t hyper cognizant in filtering out the toxicity from the good, that’s where the danger lies.

Op-eds reflect the personal view of the author.