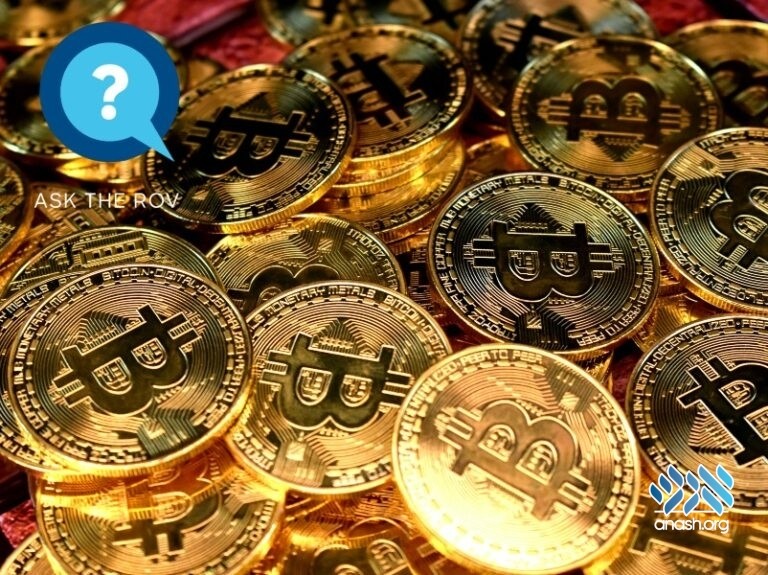 Ask the Rov: Does halacha recognize a peer-to-peer transfer of Bitcoin and other virtual currencies?

Paper currency is currently backed by its issuing government, and that is what gives it worth. Halacha recognizes it as having value at least like a loan document, or even as having inherent value (gufo mamon) like standard money.1

Bitcoin, a virtual currency is unique in that it isn’t regulated or backed by any central authority, rather its value is based on the agreement between the currency’s community members, and the value fluctuates greatly. Bitcoins are found (in the form of letters and numbers) in a central “blockchain” and proof of ownership is in each individual’s digital “wallet.”

So far, Bitcoin hasn’t been declared by the government as the legal tender of the country and isn’t the generally accepted currency used for transactions. Therefore, it doesn’t have the halachic status of currency, rather as a commodity. Thus, if you borrow Bitcoin from someone, you would need to return the value of the Bitcoin you borrowed, not actual Bitcoin, to avoid the transgression of ribbis known as se’ah b’se’ah (“measure for measure”).2

According to the Rambam and Shulchan Aruch, one who gambles transgresses “avak gezel” (borderline theft) as the one who loses the gamble isn’t receiving anything and only agreed to the arrangement based on a false hope (asmachta), and one who engages in gambling is invalid to testify. Rama holds that the issue with gambling is that he’s engaged in something that has no purpose for the world’s benefit (eino osek b’yishuvo shel olam).

Purchasing Bitcoin, albeit a gamble, is different. The transaction is done whole-heartedly (thus it isn’t gezel) and it is commonly traded by millions of people (thus it benefits trade). Even if it has nothing substantial behind it, one cannot say that one who deals with it is dealing with something which has no purpose.3

How do you take ownership of a Bitcoin?

In order to acquire an item, paying for it isn’t enough, and one must do something to affect a kinyan. Since Bitcoin isn’t a physical item, the regular kinyanim won’t work. One option might be a kinyan situmta, an action customarily done by merchants to consummate a deal, such as shaking hands. While there usually isn’t any face-to-face contact between the buyer and seller, the Bitcoin moving out of the seller’s ownership is the accepted mode of transfer and may affect a kinyan.4 Others question whether this works for a “davar she’ein bo mamash,” a thing without substance.5 Some suggest kinyan odisa, which is an admission by the seller that he sold the Bitcoin, since all transactions are recorded irreversibly in the central blockchain.