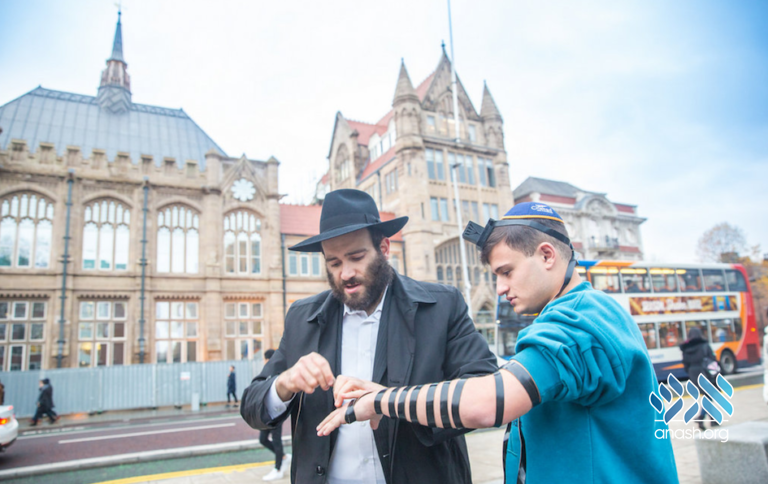 I was moved to write this article after hearing a podcast where it was suggested that the Lubavitch movement focuses on outreach and downplays the importance of Torah study. This could not be further from the truth as can be seen from many of the Rebbe’s comments, letters and talks some of which are compiled below.

“The involvement in spreading Yiddishkeit (Ufaratzta) is a Torah obligation. Just as one must help a physically impoverished person – to feed and clothe him – so, too, in spiritual matters. The benefit will be both for the teacher (mashpi’a) and student (mekabel), as the Talmud states (Pesachim 112a) that the mother cow’s desire to feed its infant is greater than the desire of the calf to suckle.”

On many occasions, the Rebbe instructed that before going out to a faraway city to spread Torah, a newly married man should spend at least one year in full-time Torah study in a Kollel setting.

(Obviously, this was after studying for many years in Yeshivah before marriage.)

In addition, after sending his emissaries to distant places, the Rebbe instructed them to continue their own personal Torah study sessions, preferably with a chavrusah, but if that were not possible, on their own.

The Rebbe wrote to one of his emissaries, “I was pleased to hear that you are increasing in studying Chassidus. Certainly, you are not satisfied with the hours during which you teach others but are rather studying the concepts on your own as well.”

To another he said, “If one doesn’t have a fixed time for Torah study, he is damaging his entire mission (shlichus). We see this in actuality – that the more Torah a Shaliach or other public figure studies, the more successful he is in his work. And the opposite is also true.”

At a farbrengen (Parshas Shemini 5738/1978) the Rebbe once remarked, “When one who is working in the public sphere has a free moment, he should ‘grab it’ to learn Torah. He should then learn with even more energy and diligence than one who studies Torah all day.”

Be on a Higher Level

“If one wishes to impact (be mashpia on) others, especially children, to improve in a certain area, one must be a living example of someone who behaves in an exemplary manner in that area.”

Daven Shacharis with a Minyan

“The secret to success in everything in life is to be organized… The key to being organized during the day is to daven shacharis with a minyan. Prayer in the morning is like Rosh Hashana which affects the entire year. If one davens properly, the entire day is different. This is like a person’s body. If the head is working properly, all of the limbs can function properly. To begin the day on the ‘right foot,’ one must pray with a minyan. If one prays without a minyan, the day is without ‘hands and feet;’ it can be wasted away instead of being organized.”

Shlichus is Primarily for Married People

As a rule, the Rebbe did not send unmarried men on full-time shlichus.

(Shlichus Kehilchasa pg. 71 from a private audience with the staff of the Central Lubavitcher Yeshivah, 1973)

The Rebbe instructed several people that only married men should do hafatza in a setting that involves men and women that are not segregated.

The Rebbe often mentioned and told many of his emissaries, that one must follow halacha on all matters and that sometimes one must even go beyond the letter of the law.

Here are some examples:

The Rebbe encouraged those doing outreach to try to influence people to keep Torah and Mitzvos properly – without any compromise. Here are some examples:

Not to Attend a Mixed Marriage

A woman once wrote to the Rebbe that her brother was going to be “marrying” a non-Jewish woman and that she had not wanted to attend the wedding, but the family was pressuring her to attend and warning her that they would cut off their ties with her if she did not.

The Rebbe responded that she is correct in not wanting to attend since it is forbidden to do so according to Shulchan Aruch and that is what she should do.

May we merit the blessing of the Mishnah (Avos 5:18) “Whoever brings merit to the community no sin shall come through him!”