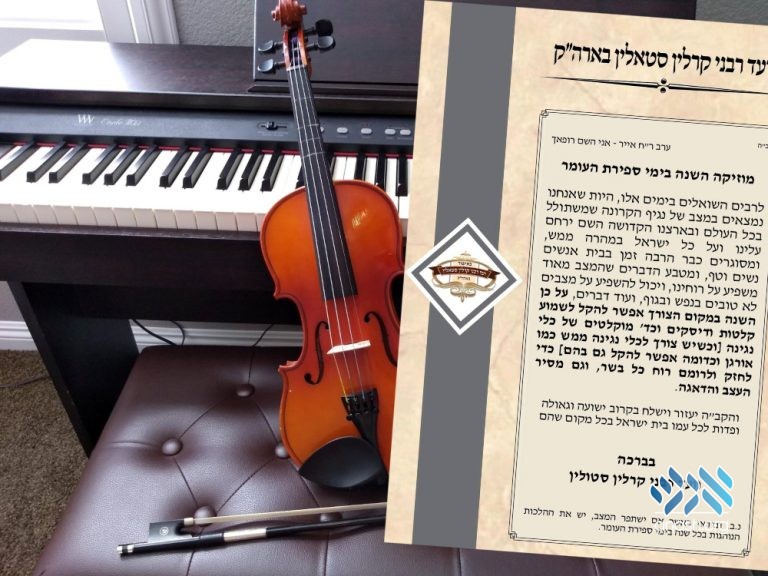 The rabbinic body of the Karlin-Stolin Chassidus in Eretz Yisroel released a psak din allowing recorded music during Sefirah this year to due to the coronavirus.

No acapella this year?

The 7 weeks of Sefiras Ha’omer are a time of mourning, with no marriages, haircuts or music allowed. But with coronavirus changing the world as we know it, some are questioning if Sefirah will change as well.

In a letter released by the rabbinic body of the Karlin-Stolin Chassidus in Eretz Yisroel, they wrote that the prohibition of listening to music can be lightened this year.

“Since many have been quarantined for a long while, and naturally, it affects the mood,” the psak said, “therefore this year, if necessary one can be lenient and listen to recorded music, to uplift the spirit.”

The letter, dated Erev Rosh Chodesh Iyar, was written in response to many questions the Beis Din received about the matter. In a far-reaching leniency, they write that when absolutely needed, one can even listen to live music.

The prohibition against listening to music is not spelled out in Shulchan Aruch, and is brought by later Poskim. The exact parameters of the prohibition is subject to much debate. Some prohibit any sort of music, fast or slow, recorded or live. Other permit slow music, and others say the prohibition only applies to live music.

With regards to the practical Halacha, a Lubavitcher chossid should ask a Chabad Rov.