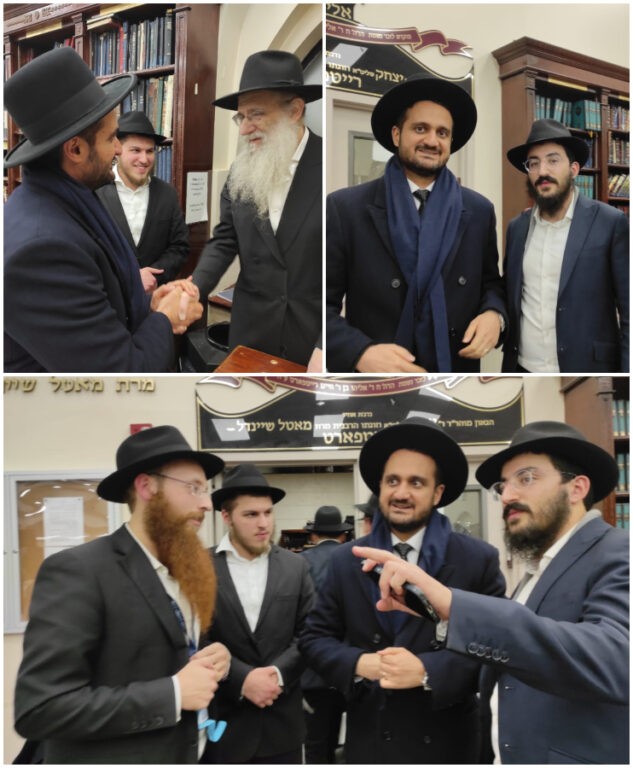 Students at Oholei Torah were treated to a visit by the chief Rabbi of Iran, Rabbi Yehuda Gerami. Rabbi Gerami learned about various Chabad programs such as Tzivos Hashem and the Young Shluchim’s camp.

Students at Oholei Torah were treated to a visit by the chief Rabbi of Iran, the Gaon Rabbi Yehuda Gerami. During the visit, he met with Rabbi Nachman Shapiro and was curious to discuss the Rebbe’s explanation of the life of Sara in Likutei Sichos. The two also discussed the incredible activities of the Tzivos Hashem organization and all of the positive developments within the Jewish community in Iran.

The Chief Rabbi met with David Atias, Mendel Zaltzman, and Shneor Zalman Halperin. He discussed with them the halachos of giving tzedakah at night and also the intricate halachos of basar v’chalav. The Chief Rabbi was especially impressed by the activities of the temimim who were active participants in the camp for young shluchim during the kinus.

Before he left, the temimim asked if Rabbi Gerami would give them a shiur. Although he wasn’t able to at that time, he promised that before he returned home to Iran he would make a point of stopping back into the yeshiva to give the students a shiur.

Rabbi Gerami’s visit to New York was organized by Merkos 302 on the invitation of Rabbi Moshe Kotlarsky.