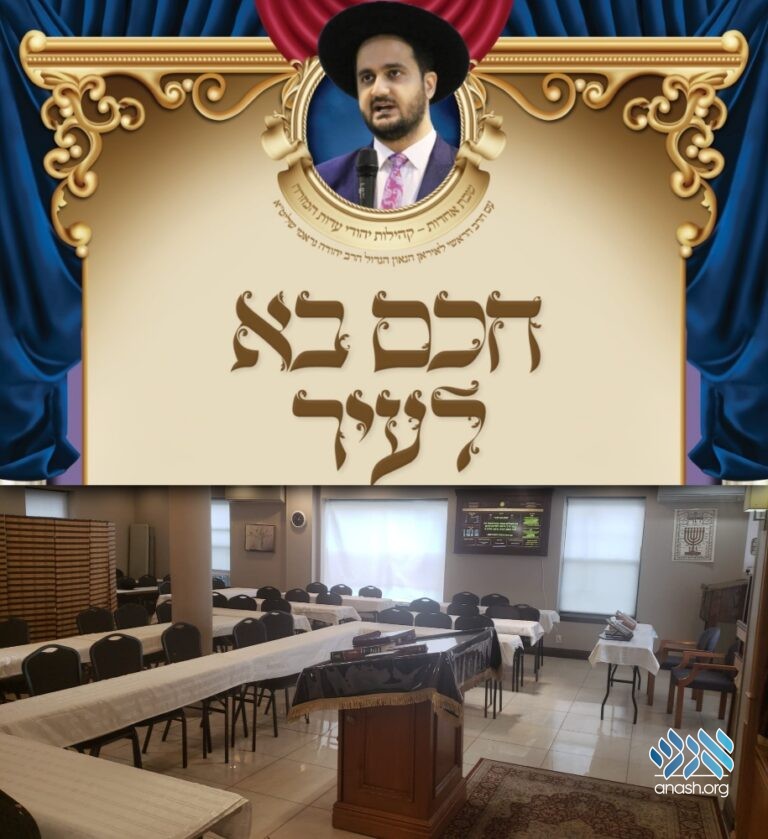 Chief Rabbi of Iran Rabbi Yehudah Gerami will be spending this Shabbos in Crown Heights, hosted by Congregation Merkaz Sefarad, where a grand kiddush will be held in his honor.

Rabbi Yehudah Gerami, Av Beth Din of the Central Beth Din of Iran, Rav of Tehran’s Jewish Community and Chief Rabbi at the Youssef Abad Synagogue of Tehran, will be spending this Shabbos in Crown Heights.

Cong. Merkaz Sefarad, under the dynamic leadership of Rabbi Eliezer Avtzon, will be hosting the Chief Rabbi for all the Tefilot Shabbat day.

Shachrit will begin promptly at 9:00am with the Chief Rabbi Gerami delivering a short Dvar Torah before Kriat HaTorah.

A grand Kiddush will be hosted by the Shul after davening in honor of Iran’s Chief Rabbi and to commemorate the Yahrzeits of Rabbi Meir Avtzon (29 Cheshvan) and Rabbi Shlomo Matusof, head Shliach to Morocco since 1950 (Rosh Chodesh Kislev).

Coincidentally, Merkaz Sefarad is located in the apartment where Rabbi Shlomo Matusof, brother-in-law of Rabbi Meir Avtzon, lived during the last years of his life after leaving his Shlichut to Morocco.

The community at large, men and women, and especially those who are from Iran or other Middle Eastern countries, are invited to a special talk to be delivered by the Chief Rabbi at 4:00 pm.

Mincha will be at 5:00 pm to be followed by Seudah Shlishit and Arvit.