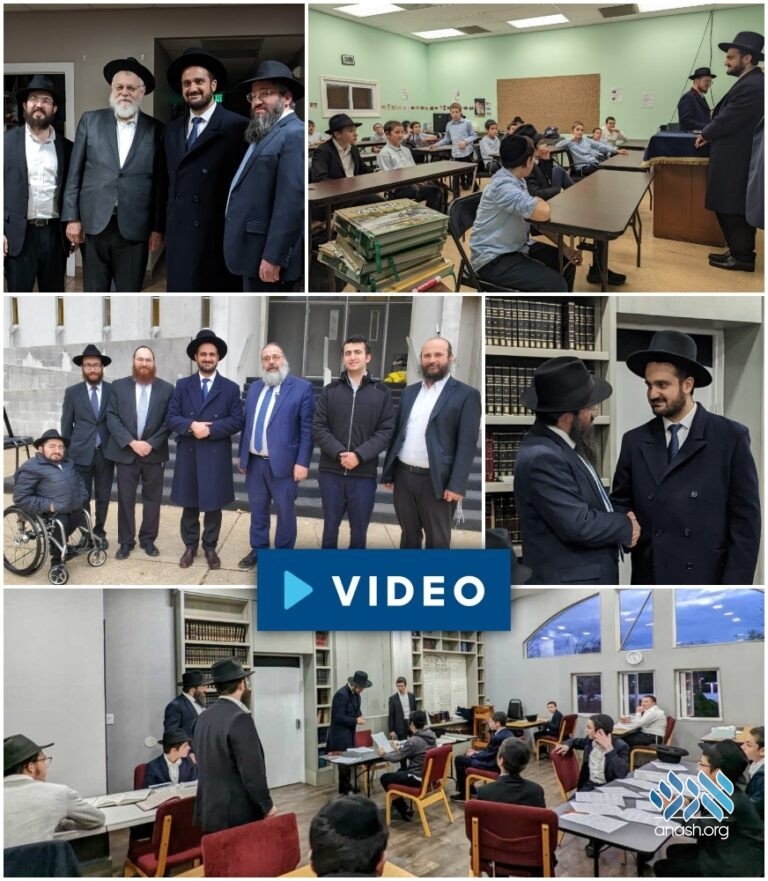 Chief Rabbi of Iran Yehuda Gerami expressed his amazement after visiting the Chabad mosdos in Baltimore, including the Cheder and the new Mesivta. He also had a request.

On Monday, Rabbi Yehuda Gerami, Chief Rabbi of Iran traveled to Baltimore, Maryland, where he visited the local Chabad mosdos.

Rabbi Gerami is currently in the United States as part of a special visit raising awareness for the Jews of Iran, organized by Merkos 302 at Chabad Headquarters. He previously paid visits to New Haven and Lakewood and a number of Chabad mosdos in the Tri-State area.

On his Baltimore visit, he was shown around the campus of Cheder Chabad, accompanied by Rabbi Avrohom Wolowik, the Cheder’s chief operating officer, principal Rabbi Ephraim Sorkin, shliach Rabbi Chesky Tenenbaum – Director of Jewish Uniformed Service Association of MD, activist Rabbi Mendel Mintz, and others. He also addressed a number of the classes.

On his way out of the Cheder, he expressed his amazement at the vigorous and growing school. He recorded a video message about his visit, noting that the Cheder would be holding a fundraising campaign, and asking for people to participate.

He later visited the new Chabad Mesivta of Baltimore and met with the Yeshiva bochurim and staff and with Rabbi Shmuel Kaplan, head shliach of Maryland, who warmly welcomed him.

He then visited Chabad Israeli Center, where shliach Rabbi Shmuel Gurary warmly conversed and gifted with him 2 new seforim.

In the evening he went to dinner at Chabad of Johns Hopkins University, headed by shliach Rabbi Zev Gopin. During the meal, he spoke with students about his life and the lifestyle of Judaism in Iran.