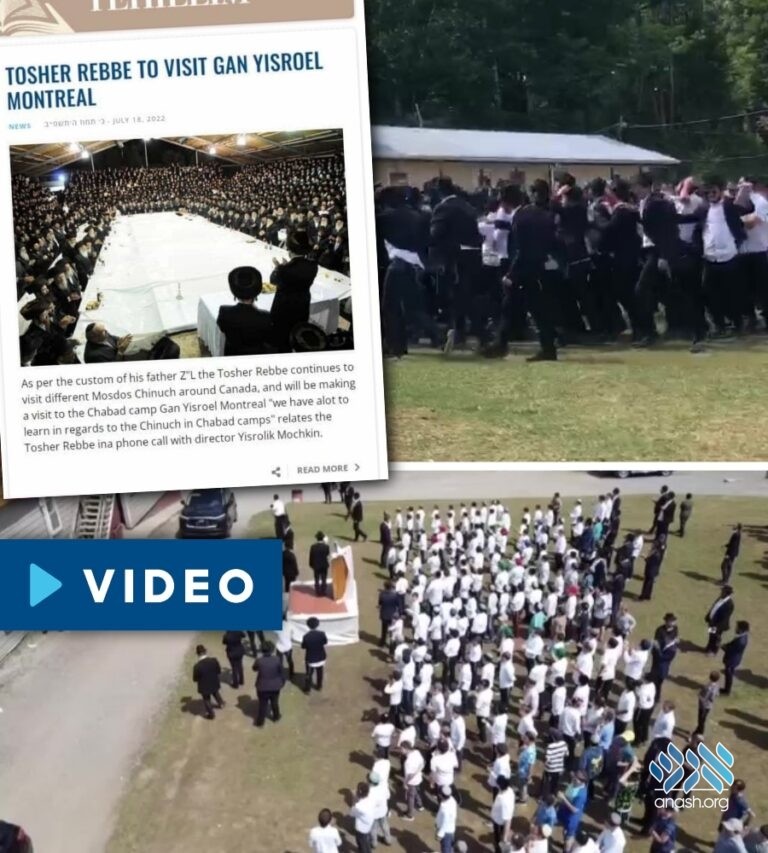 Taking heed to the heightened awareness of the dangers of scaring children, the staff at CGI Montreal chose to use an elaborate spoof, instead of a scare, to break out bog war. They even created a fake Anash.org article.

A spoof without a scare.

With summer every year comes camp. With camp, comes color war. And with color war…comes a breakout.

A longstanding camp tradition has staff coming up with creative ways to ‘breakout’ color war to the campers, heralding in days of fun, excitement and competition.

Traditionally, the breakout might involve a frighting or confusing scene, which is then revealed to be just a setup to start the days-long competition. In recent years, however, a heightened awareness to the dangers of scaring children has had some camps tone down the breakout, or remove it altogether.

Not wanting to give up the tradition, while still wanting to maintain the highest level of educational standards for the campers, the staff at CGI Montreal decided to come up with a breakout that would excite the campers without scaring them.

After putting their heads together, the staff came up with a plan to arrange an elaborate spoof that would not involve any scare, but still have the whole camp up on their feet.

The staff began circulating a rumor about a visit of the Tosher Rebbe, leader of the Tosher Chassidus which is based in Kiryas Tosh, only a short distance from CGI Montreal. The staff told the campers that the previous Tosher Rebbe had a tradition to visit local mosdos chinuch, and the present Tosher Rebbe would be continuing that tradition.

Taking the spoof to the next level, a staff member created a fake Anash.org article, which he sent around to the staff. When children asked to use their counselors’ phones for a phone call home, the staff ‘accidentally’ left it open to that page, and soon enough, the children started spreading the rumor themselves.

On the day of the “visit”, the staff officially announced the visit after shacharis, and had the entire camp dress in their Shabbos clothes, and line up outside to wait for their illustrious visitor. The camp was plastered with ‘tzadik ba l’ir’ signs, and staff encouraged the campers to make sure to behave properly. They also arranged for a car with a siren to drive up, followed by a fancy black car.

The entire camp stood at attention, singing ‘yomim al ymei melech tosif’, and waiting for the Tosher Rebbe to emerge. But instead, a group of staff members burst out of the car with shouts of ‘bog war!’ They were immediately joined by the rest of the staff in a rousing rendition of ‘lo yisa goi el goi cherev’, joined after a few seconds by the entire camp.

“Baruch Hashem, we were able to have the complete bog war experience without any scare, and the children enjoyed every moment of it,” one of the staff members told Anash.org.