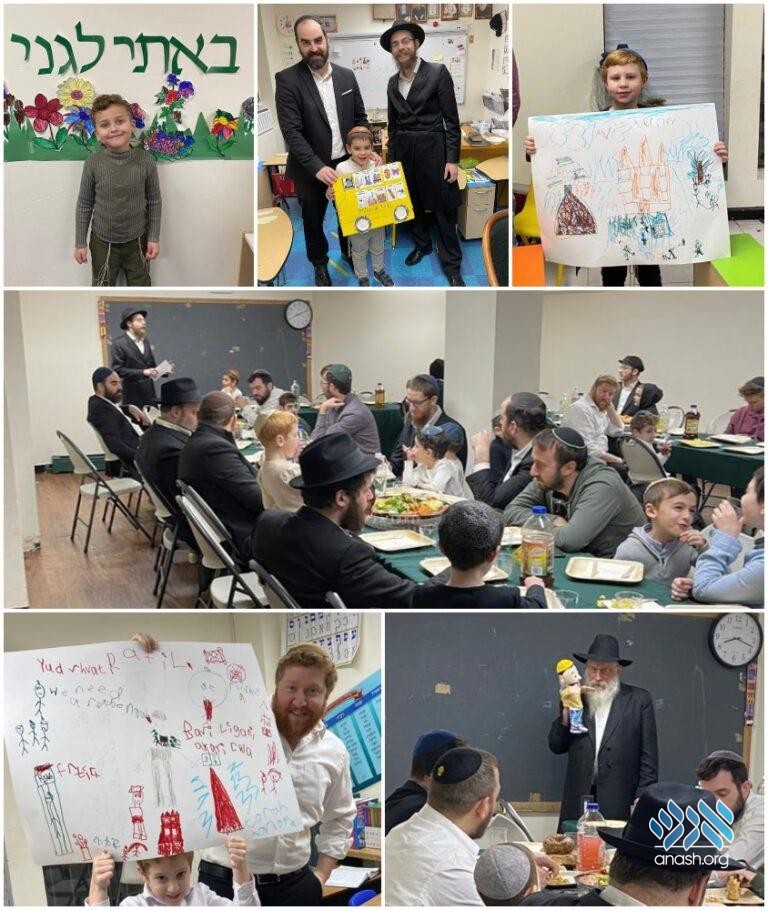 In honor of Yud Shevat, the boys of the Gan Academy school in Crown Heights visited the Ohel and gathered for a father and son melaveh malka and farbrengen.

In honor of Yud Shevat, the boys of Gan Academy Yeshiva visited the Ohel and gathered for a father and son melaveh malka and farbrengen at their Eastern Parkway Location.

The boys excitedly escorted their fathers to their classrooms to show them the projects they had been working on to prepare for this special day. There was a beautiful garden decorated by the Pre-1a boys, posters about the Rebbe’s mivtzo’im made by the older boys, and many other creative projects.

The highlight of the evening was a special guest, Rabbi Chaim Levi Goldstein. Rabbi Goldstein farbrenged with the boys and told exciting and humorous stories from Basi Legani. He brought it to life with the help of his puppet friends. The boys loved it!

To prepare for their visit to The Ohel, the boys did hachana in Yeshiva by writing a pan and discussing the significance of every chossid’s hiskashrus to the Rebbe. They sang niggunim on the way to the Ohel. The boys returned to yeshiva with a renewed sense of connection and strength to continue their Torah learning.