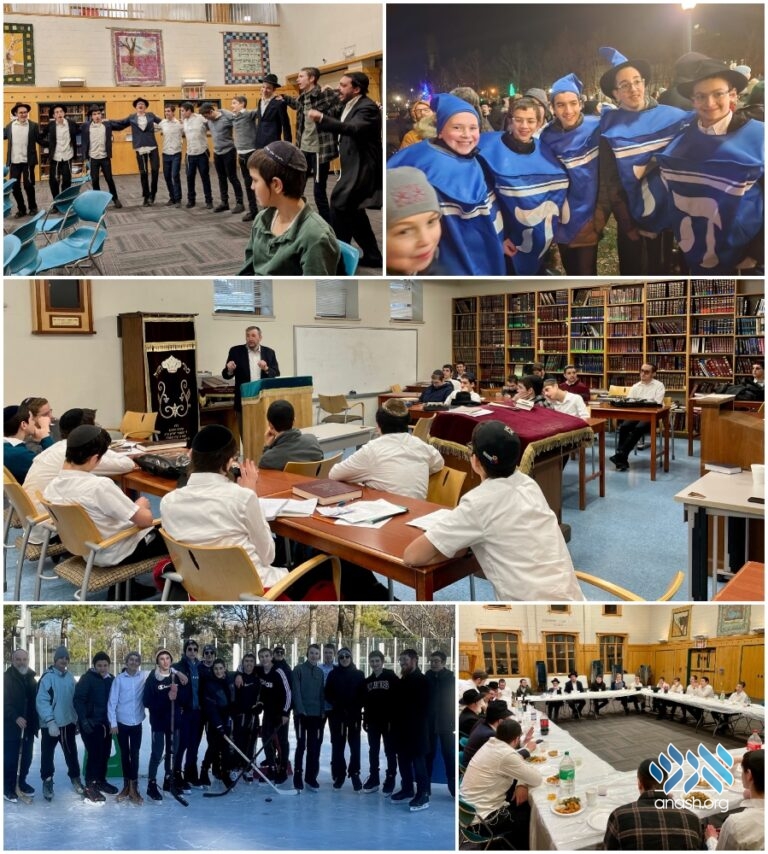 Farbrengens, special trips, and Chanukah mivtzoim were only some of the extras at the Pittsburgh Mesivta over the month of Kislev, in addition to their regular schedule of davening and learning.

The month of Kislev in the Mesivta of Pittsburgh began with a farbrengen on Rosh Chodesh Kislev with the chavrei hanhala and guest shluchim who farbrenged with the bochurim, including Rabbi Shlomo Elkan, Shliach to Oberlin College in Ohio and Rabbi Yitzi Creeger, Shliach to University of Cincinnati.

The Mesivta continued with many farbrengens on all the yomei d’pagra. The bochurim also had a number of trips as a reward for participating in a duch program.

The shluchim organized many events during this month. They encouraged the bochurim to learn the daily shiurim of Rambam and hosted a grand melava malka event. They also hosted a Jewish Trivia game show.

Attorney Chaim Saul came to speak to the Bochurim about the public Menorah case that began in Pittsburgh and went all the way to the Supreme Court of the United States. He spoke about his involvement in the numerous steps of that important case.

Then on to Chanukah Mivtzoim, packing menorahs, and making car menorahs. The bochurim went out every night on the Mitzvah Tank and other vehicles to visit college campuses, retirement centers and local Jewish homes. They were also very involved and helped out with the car Menorah parade.

The Mesivta had “latke ovents” at the homes of their rebbeim, which were enjoyed by all who attended. They also had bowling and ice skating trips in honor of Chanukah.

“May the inspiration and excitement of Kislev extend through the whole year!” the hanhala said.