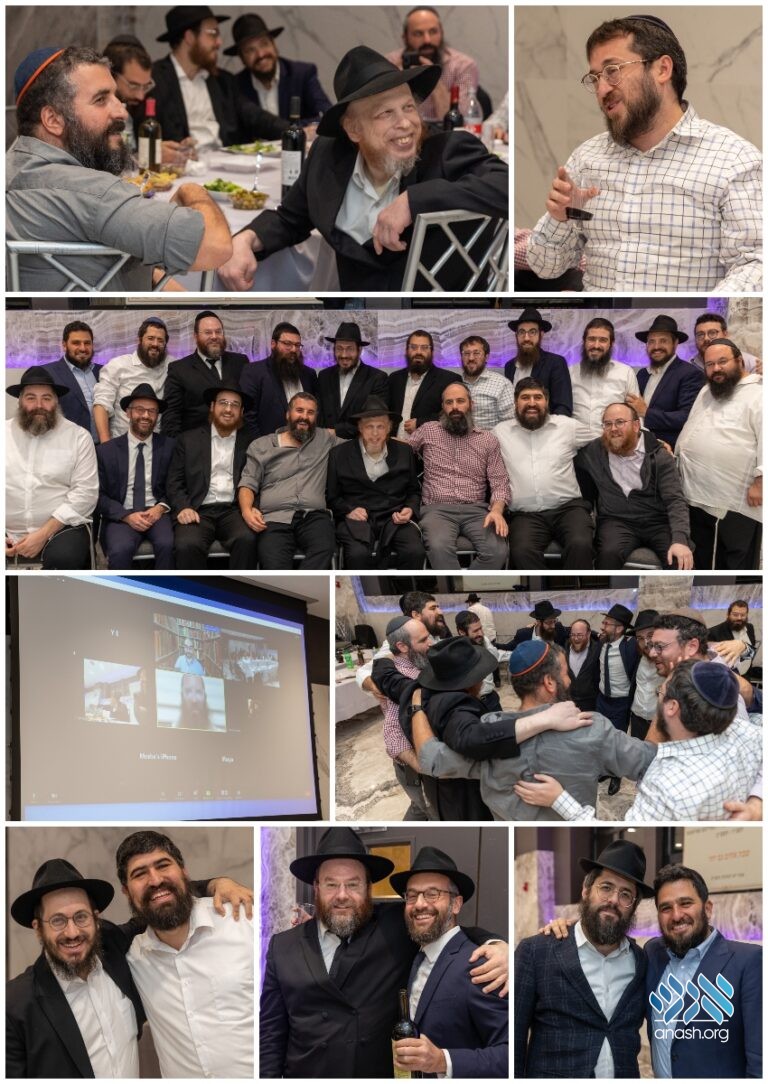 Traveling from across the country, students from the founding class of Yeshivas Lubavitch Toronto, reunited with their beloved Rosh Yeshiva Rabbi Akiva Wagner and relived the vibrancy of their youthful yeshiva days.

The concise biography of the Rebbe (as featured in the introduction to Hayom Yom) records the founding of “Yeshivas Lubavitch” in Toronto in the year 5715 (1957). The actual yeshiva may have been short-lived, but its seeds continued to germinate for the next 40 years until, in 5757 (1997), they were brought to fruition when Rabbi Akiva Wagner formally re-establishing its presence.

With extraordinary energy and blessing, he pioneered the Yeshiva and built a thriving institution that has educated a generation of bochurim.

To celebrate 25 years of Yeshivas Lubavitch of Toronto, the yeshiva’s founding class gathered together with their beloved Rosh Yeshiva to mark the milestone.

Traveling from across the country, former talmidim reignited old friendships, relived the vibrancy of their youthful yeshiva days, and farbrenged together with Rabbi Wagner until the early hours of the morning. Suitably called an evening of “Sheves Achim Gam Yochad”, the atmosphere, warmth, friendship, and pure simcha in the room was palpable.

One by one, alumni filled the evening with fond memories, impressions that continue to motivate them 25 years later, and an outpouring of blessings for good health and longevity to their Rosh Yeshiva. Those unable to attend in person joined in on Zoom.

“25 years ago, with the brochos and kochos of the Rebbe, we embarked on a journey together. It is amazing to see where we are today. The sheves achim gam yochad, the divrei hisorirus, and the ahavas & achdus yisroel will surely remain with each of us for a long time to come”, Rabbi Wagner wrote in a message to his talmidim.