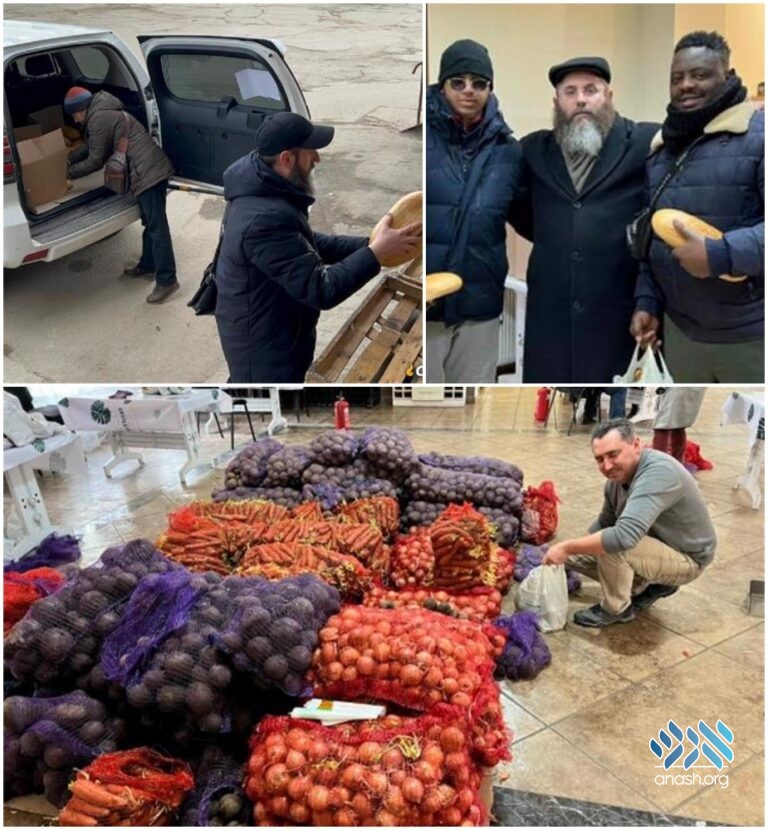 With Kherson occupied by Russian forces, the shelling has stopped but food is scarce, and even basics are unavailable. Shliach Rabbi Yosef Wolff managed to procure food staples at exorbitant costs, and is helping locals.

While many Ukrainians continue to flee, the people of Kherson, including its Jewish community, have nowhere to go. The city of almost 300,000, which last week came under Russian control, is shut off from the rest of the country, with no way in or out. While the streets are now quiet and the war front has moved past Kherson, an urgent crisis is brewing.

“It’s ironic that Kherson is now one of the safest places in Ukraine,” says Rabbi Yosef Yitzchak Wolff, director of Chabad-Lubavitch of Kherson.

While the shelling might have stopped, the city’s food supply is dwindling. The average line outside the rare stores selling bread are half a kilometer long. “There is no food to be purchased,” Wolff says. “The other day, miraculously, I found some beets and potatoes. This is ‘golden produce;’ money cannot buy it.”

What only two weeks ago would have sounded ludicrous is now the new normal. Yesterday Wolff received a call from a friend: “I have a present for you,” the man told him. “Three kilograms of cucumbers.” The cucumbers were from an elderly woman’s private garden, and Wolff’s friend purchased them at a steep price.

Still, Wolff has managed to procure basic food staples, even if at an exorbitant cost. He’s gotten flour, oil, eggs, buckwheat and pasta, which he makes available to the 1,000 Jewish families that remain in the city, as well as anyone else in need. “People come to pick up food packages at the synagogue, and we deliver them as well,” he says, explaining that he is utilizing an army of volunteers to help get food to the hungry . “My only concern right now is making sure that nobody starves.”

Wolff says he received a recent call from Germany about a group of students from Nigeria and Cameroon trapped in Kherson with nothing to eat. “I told them to come to the synagogue, and we took care of them.”

“Now is the time to help the people of Kherson,” the rabbi pleads, asking the global Jewish community for their support. “People call me often, some contributing funds, and others with moral support,” he says, recounting how one person told him that the war will surely end soon, and that soon they’ll be celebrating Purim.

“Of course, we’ll celebrate Purim,” responded the rabbi, “but all of us here need to survive until Purim.”

To assist the Jewish community of Kherson with vital supplies, click here.