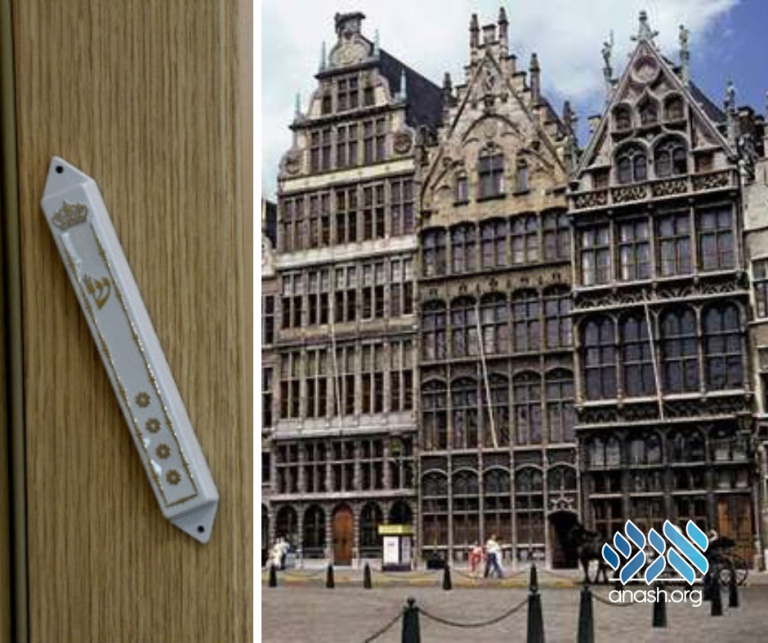 Following a series of security scares over yom tov, another incident occurred, rattling the Jewish community.

On Friday afternoon, an Arab woman was apprehended by Shemira of Antwerp after tearing mezuzahs off the doors of several Jewish homes.

Although the police were asked to arrest the perpetrator of what appears to be an anti-Semitic act, they said there is a lack of evidence that it was, indeed, a hate crime. At this time it is being regarded as a minor robbery attempt by someone who was under the influence of foreign substances.

“Coming back from yom tov in Mezhibuzh, I was shocked to learn of the numerous security incidents that occurred while I was away,” says Yossi Mayerson, a fourth generation resident of the Antwerp Jewish community. “The fact that the latest incident is not being considered an anti-Semitic hate crime is concerning.”

Though some in the community are frustrated with the current legal process, they appreciate the efforts of the mayor and local law enforcement officials who work closely with community leaders in an effort to ensure their safety.

Following the Shavuos incidents, posters have been placed around the city, warning residents to remain vigilant and to contact law enforcement as soon as they see something suspicious.