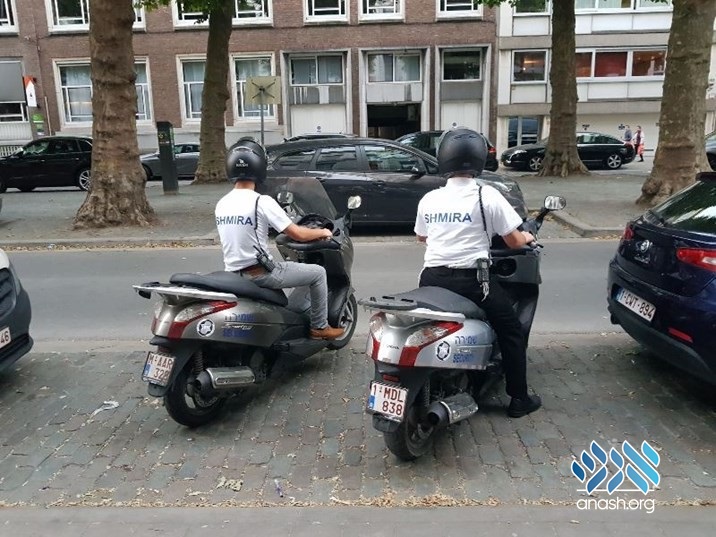 An Iraqi man was taken into custody by Belgian police after trying to gain entry into multiple shuls over Yom Tov.

Following an unpleasant incident on Lag Baomer where anti-Semitic slurs and threats were hurled at Jews on the streets of Antwerp, the Jewish community of Antwerp has been on high alert.

News reports have gone out claiming that an attempted attack on the shul attendees was thwarted; direct reports from the involved institutions tell a different story.

On Sunday, June 9, a suspicious looking man entered the Antwerp Chabad House. He was wearing a yarmulke but did not appear to be Jewish, and had a very unkempt appearance. He arrived on a bike, with a parcel containing what appeared to be many of his personal possessions.

The shliach present engaged him in conversation during which he said that he is not Jewish but feels spiritually connected to Judaism. He was declined entry into the main shul and was sent away by security after extensive questioning.

The following day, he tried to enter the Romi Goldmuntz Synagogue. Once again, the volunteers serving as security guards denied him entry, and asked local police to search and question him. The police did so, and found 3 knives among his possessions. He was taken into custody for a few hours to prevent him from attempting to enter another shul over Shavuos.

At this time, it does not seem that the suspect intended to physically harm shul attendees. Police suspect that he is a homeless individual who had been hoping to utilize local shuls as a place to rest and store his belongings. There is also speculation that he may have planned to steal valuable items from the shuls to sell.

“Baruch Hashem, thanks to the dedicated security volunteers in our community, several potentially dangerous situations were prevented from escalating,” Rabbi Yossi Slavaticki, shliach to Antwerp, told Anash.org. “We are in touch with local law enforcement, and have been reviewing and re-enforcing safety protocols which are of utmost importance to protect our community.”

A letter went out to the Antwerp Jewish community outlining this and other security incidents that took place over Yom Tov. On Sunday evening, a Middle Eastern man was threatening Jewish passersby on the street. On Monday evening, two Middle Eastern youths threatened Jewish kids in a local park with knives.

In the letter, residents and community leaders are cautioned to follow rigorous safety protocols, ensuring that all entrances to shuls remain closed so as to deny entry to individuals with questionable intentions. Parents are also urged to brief their children on how to assess and report any suspicious activity.

“This same individual tried gaining entry to our Chabad House again this morning,” Rabbi Slavaticki said. “Shemira and police arrived at the scene, and he has been prevented from accessing the facilities. We will continue to exercise heightened vigilance; anyone attempting to gain access to the building will be appropriately scrutinized.”