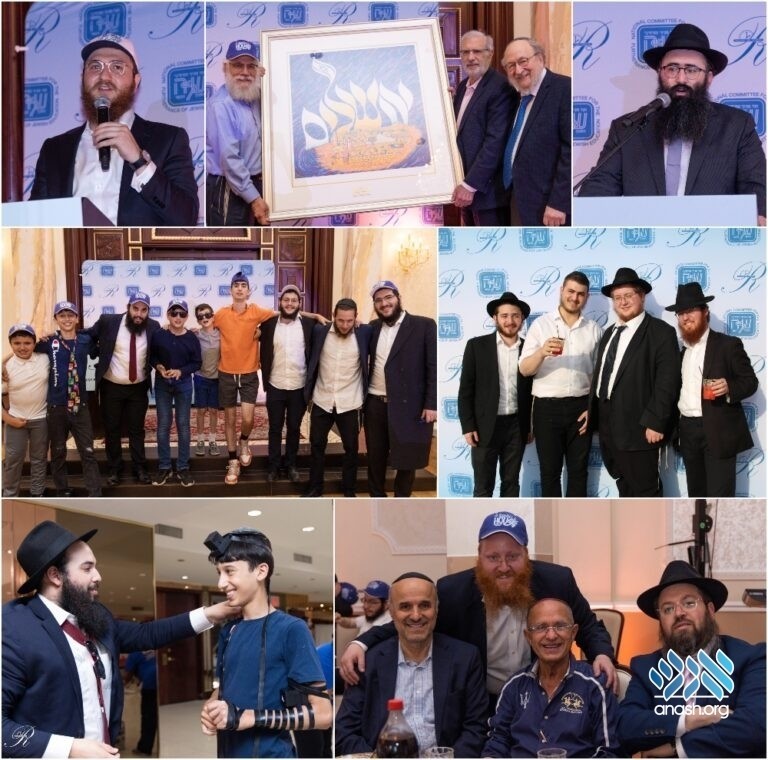 Last Monday, hundreds of Released Time families gathered at the Bukharian Jewish Community Center in Queens, NY, to celebrate the impact of the program and reward children who excelled.

Last Monday, hundreds of Released Time families gathered at the Bukharian Jewish Community Center in Queens, NY, to celebrate the impact that just sixty minutes of Jewish education has.

The Released Time program, under the auspices of the NCFJE sponsors one hour of free Jewish education every Wednesday to over 800 Jewish children from over 60 public schools across New York City in local synagogues and Jewish centers.

The Released Time end-of-year banquet opened with a cocktail hour for parents, while children were treated to a decked-out entertainment space complete with rides, moon bounces, and snack stands. The evening continued with a catered dinner and an Awards ceremony for children who showed outstanding dedication to their learning.

“Ever since my children started Released Time I’ve noticed a real difference in them,” Boris Paltielov, a proud parent, shared onstage at the event. Paltielov has two children in the program, and both are motivated to practice the new mitzvahs they learn about in Released Time. “Lately Shabbat has been given new life in our home.”

“Because of the Jewish hour, I’ve come to love Wednesdays,” declared 9-year-old Shylee Shabat as she addressed the crowd in a moving speech. A student at P.S. 178, Shylee is finishing her 4th year of Released Time—that’s almost 200 accumulated hours of Torah study!

“Every week I come home with new knowledge about Judaism,” Shylee shared. “What I love most is that we’re never bored—we get to learn by having fun!”

The banquet celebration was a rare event when Released Time families from across NYC were able to join together under one roof. “I”m a Jew and I’m proud, and I’ll sing it out loud”—the room burst into high-energy song as the families took the opportunity to sing Jewish anthems taught at Released Time.

One family was so uplifted following the banquet that they decided then and there to pull their kids out of public school and send them to yeshiva. “After sitting together surrounded by other Jews, hearing from other parents in the program, I realized a Jewish school is where my children belong,” the parent shared.

Rabbi Sadya Engel, coordinator of the Released Time program, immediately set out to connect the family to a school that would best suit their needs.

Noted philanthropist Mr. Yosef Yitzchok Popack was thanked for his devoted support of the program. “The success of Released Time is a result of the partnership among the supporters, the dedicated teachers and the children,” said Rabbi Sholem Ber Hecht, chairman of NCFJE.

“Next week in day camp, let’s tell all the Jewish kids in camp about Released Time, because it’s the most fun program in the world.” This is an exact quote overheard between two children as they were finishing their dessert. Children and parents went home feeling proud of their Judiasim, proudly wearing their Jewish Hour baseball caps as souvenirs.