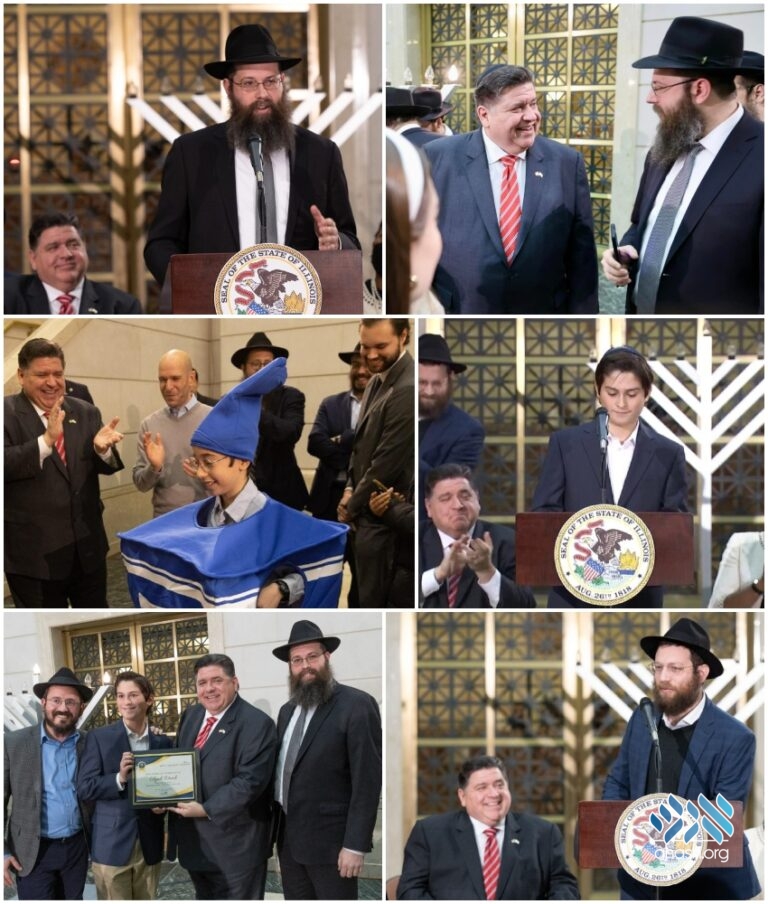 Illinois’ Jewish governor JB Pritzker and state legislators joined a delegation of Shluchim for a Chanuka celebration at the State of Illinois Center in Chicago.

Illinois Governor JB Pritzker and Lieutenant Governor Juliana Stratton ushered in Chanuka with a delegation of Rabbis of Lubavitch Chabad of Illinois, state legislators, and community leaders at the Bilandic Building in downtown Chicago.

Student Elijah Domb of Chabad Wilmette Hebrew School was the winner of the inaugural Illinois Menorah Essay Contest. He read his essay “What Chanukah Means to Me” to the assembled.

“To Jewish people throughout Illinois and across the globe: Chag Sameach, and may your Hanukkah be filled with miracles,” the governor said.

Dovid the Dancing Dreidel brought Chanukah cheer to all assembled.