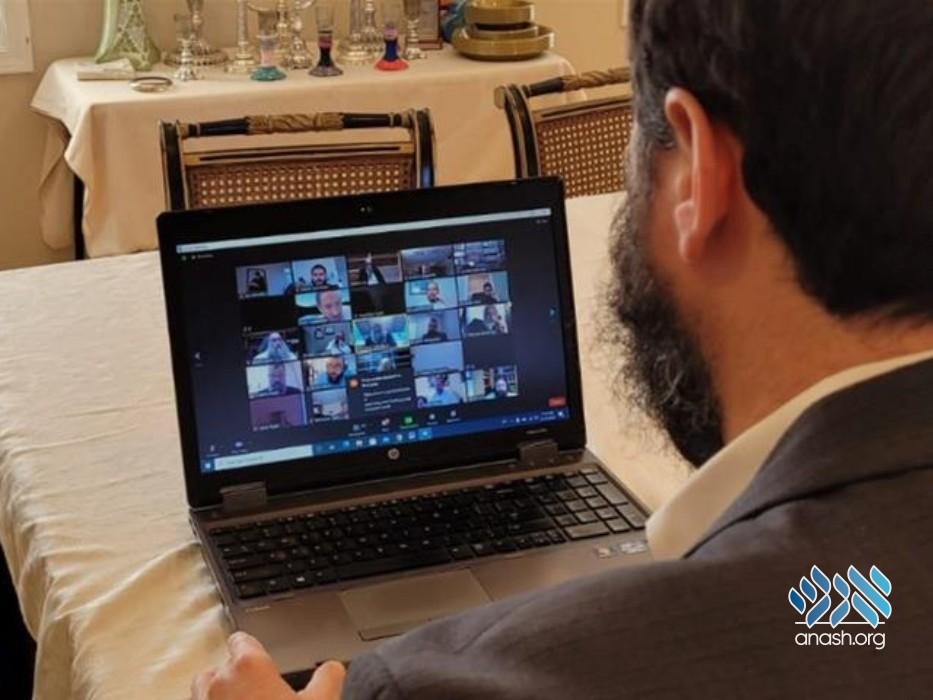 Buildings don’t make a city, people do. And this truism was brought home this week big time. Yearly, for nearly four decades, the Chabad convention has grown steadily from a couple dozen representative-rabbis (shluchim) to over five thousand. They’ve earned their mark on the Jewish communal calendar for spirited dancing, explosive energy and the (gasp!) largest sit down dinner in New York.

Covid knocked that all out, of course, so the rabbis across the globe went virtual. And the Farbrengin (sit down, open your heart talk to each other) which traditionally begins on the Saturday Night of the convention and goes until the wee hours of the morning, was scheduled to begin, and began, when Shabbat ended in New Zealand-Australia and continued as the rabbis from the Far East (Japan, China, Cambodia, etc.,) turned on their cells and laptops after the weekly hiatus and joined the Farbrengin. A few hours later, Israel, the Middle East, Europe and Africa joined, followed by the East Coast of North and South America, the Midwest and the West Coast. Naturally there was attrition as some went to sleep, others tended to their communities and others to their families.

Hawaii joined, and everyone thought, what a special occasion this was!: stories of very common men, their parents, their children, their students, their mentors, seeking to maintain integrity in their sometimes difficult lives and how they turned to the Rebbe, who with a word, a gesture, sometimes a sentence or two, provided focus, clarity, vision, comfort, courage, insight and humor — what was needed at that time.

But the Farbrengin didn’t end with Hawaii. Australia peeked in to see if it was still going on and were drawn back into the warmth, cheer, love and strength. And people let their hair down (okay, bad expression, those who aren’t seriously balding have virtual crewcuts) and… I’m rambling. I’m rambling the way one who has seen something extraordinary but doesn’t yet know what he has, rambles. There was something compelling: as morning turned to evening across the time zones there were never less than two hundred Zoomed in, and often nearly one thousand. From after Shabbat until Thursday evening California time. Totally impromptu.

The Previous Rebbe stated, and my father remembered it often, that oceans don’t separate us, they connect us. And now we have seen it across the globe’s time zones, for five days straight.