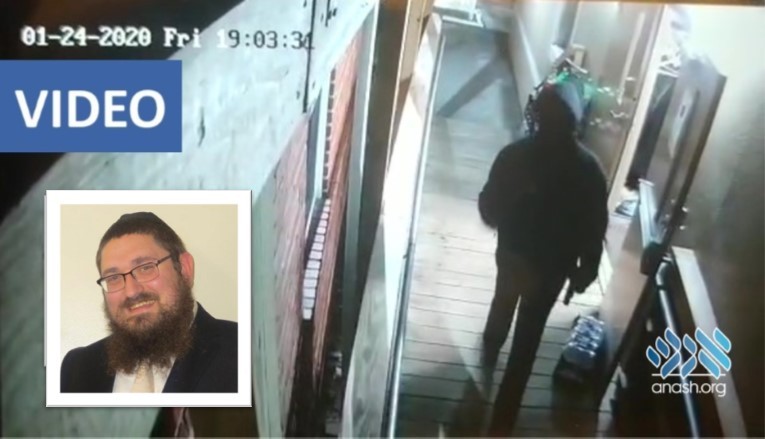 On Friday night, while sitting in Shul after davening, Baltimore shliach Rabbi Zalman Spitetzky, was held up at gunpoint.

On Friday night, around 7:00 p.m., two young men entered the Khal Chassidim Shul on Park Heights Avenue in Baltimore and one of them pointed a gun at a man.

That man was Rabbi Zalman Spitetzky, a melamed in the Chabad Cheder and a shliach who runs Chabad on Call in Baltimore. He visits hospital patients and is the shliach for the many Jews in the medical field in the Baltimore area.

As reported on Anash.org, he had just recently organized the historic gathering to the old Tzemach Tzedek shul in Baltimore to mark 90 years since the Frierdiker Rebbe’s visit there.

“I was davening at the Chassidishe Kolel shul, K’hal Chassidim, and we had finished davening after 6:00. Since, according to the minhag, we don’t make kiddush until after 7:00, I decided to stay in shul and finish some learning. Suddenly, I looked up, and there was a man pointing a gun right at me just a few feet away from me!

“Since he didn’t say anything I feared the worst. I decided then and there that I must make an effort and fight back. I was afraid this was just like recent events in Jersey City and Monsey. I would have nothing to lose by fighting back. I lunged at him and he ran. Boruch Hashem, I was not hurt.”

Baltimore Police are also investigating two other robberies that occurred in the same area, one on Clover Road and the other on Park Heights near Glen Avenue. Police believe the same two suspects are responsible for all three robberies.

Baltimore City Police have increased patrols in the community and are asking people to report any suspicious activity.

Watch footage from the security cameras: