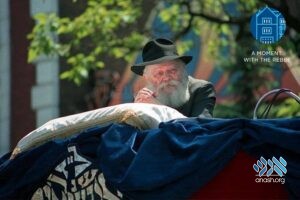 When the New York State Attorney General Louis J. Lefkowitz joined the Lag Baomer Parade, he expressed concern that it would soon rain. But the Rebbe assured him that he need not worry.

As a bochur at the yeshiva in 770, Reb Yaakov Mordechai Shpritzer kept a personal diary in which he recorded various happenings with the Rebbe. The following is an excerpt:

At the parade, Louis J. Lefkowitz, the Attorney General of New York State, stood at the Rebbe’s side. He turned to the Rebbe and said, “Rabbi, it’s going to rain soon.”

After the sicha the Rebbe said to him, “Nu, I told you it won’t rain. I postponed it until tomorrow.”