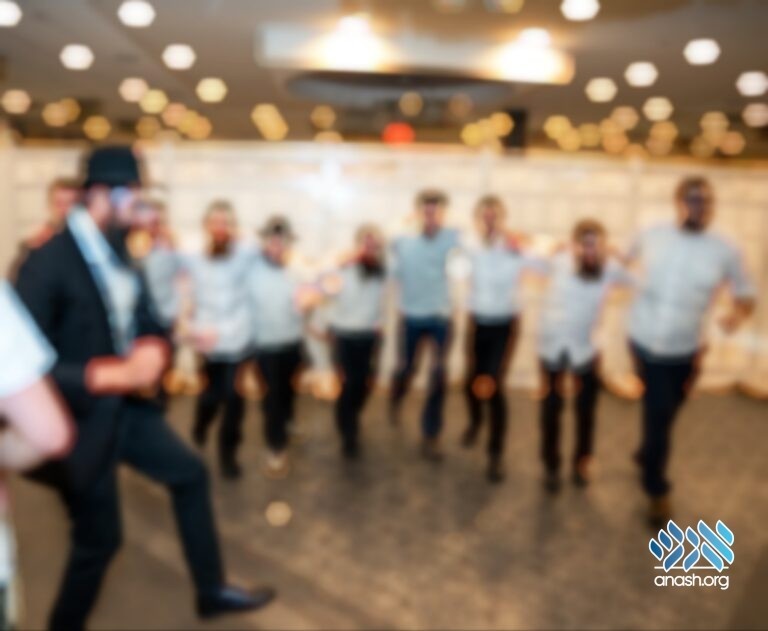 From the Anash.org Inbox: Growing up, I witnessed many practices that I assumed were the norm. How many times since then has my ignorance tripped me up?

Several months ago, I attended a family sheva brochos of a dear relative. After bentching, the men broke out in song and stood up to dance with the chosson. I was taken aback when the women stood up and also began to dance, several feet away. Though the tables had been set separately for the men and women, there was no formal mechitza between them.

After the sheva brochos, I told my mother what had happened and about the discomfort that I felt. I said, “I think we’ve gotten so used to doing things the Chabad house way that we forget that some things are not acceptable for a Lubavitch crowd.”

I reminded her about our annual public Chanukah lighting growing up, where the shluchim would dance on one side of the plaza with the men, while the shluchos danced with the women on the other side. Now my mother was disturbed.

“Shaina,” she said, “We didn’t decide on our own to do it this way. We called our rav one year after we had women joining the men’s dancing. We asked him if we should cut out the music and dancing altogether, but he told us that instead, immediately following the lighting, the shluchos should take the women to a different area to dance so that it doesn’t lead to pritzus. This was the exception, not the rule!”

I was curious – were there other times that my parents had gotten heterim to do something that we normally refrain from? As the stories began pouring out, I discovered that there were many things that were done out of necessity, with the guidance of a rav. These were things that my parents were careful not to do in any other situation, because it was halachically questionable or not on the level of Chabad standards. As a child, however, I hadn’t noticed that part. It was eye opening.

Since that conversation, I’ve been wondering if much of the questionable, or even outright assur behavior some engage in is born from the same ignorance. Is it because we saw our parents and chassidishe role models implementing a rav’s guidance in a tricky situation, but were unaware of the caveats involved?

Maybe you didn’t realize a halachic authority okayed your uncle’s YJP events for men and women, but only because of the high intermarriage rate in their city and on the condition that they would not have loud music or an open bar. Or that the shlucha whose preschool you worked at spent an hour speaking to her mashpia about the appropriate way to handle Yom Ha’atzmaut in an intensely Zionist community.

Perhaps I can suggest that our chassidishe role models, especially those who received guidance from rabbonim on shailos that are now mistakenly viewed as acceptable, can come forward and set the record straight.

In the meantime, let us be clear with our own children about the questions we ask our rabbonim, the answers they give us, and the way things should be done l’chatchilah. As a shlucha, I now realize how important it is to teach them what the standard is, and to point out when something they are witnessing is the exception, not the rule.