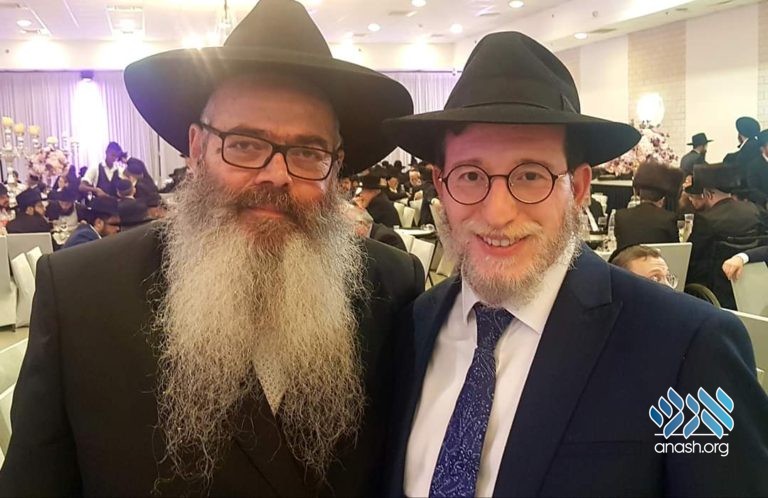 I have tremendous appreciation and hakaros hatov to the man pictured here with me, Reb Simcha Fabian, a member of anash in Bnei Brak. He opened the door for me to the world of yiddishe simchas. He was a veteran musician playing with popular bands and I was a budding singer.

We appeared together at many simchas, and me being a young man with no vehicle of my own, he always made sure to find me a ride home, often taking me home himself, no matter how late it was.

On one of those trips home I asked him – knowing that his wife was overseas – who was taking care of the kids. His response startled me: “I don’t have children, but I will.”

Naturally. As if it was the most normal thing to say.

I’ll never forget the awkward silence in the car that followed.

Time went on and I progressed in my musical career. Simcha became a consultant to the Israeli Health Minister, a career that materialized from doing much chesed in that field.

For eighteen years Simcha and his wife waited for children. The Fabians never lost hope and never doubted the Rebbe’s words (which you will read about below), even as the years passed by.

At the bris for the boy, who they named Menachem Mendel, Simcha began by quoting his own words: “I don’t have children, but I will.” In an emotional speech, he told the crowd how he had gathered all the courage in the world and asked the Rebbe for a brocho for children.

On that day, during Sunday dollars, Simcha asked for several things, that day being his yom holedes. The Rebbe gave Simcha three dollars accompanied by the words “Zara Chaya V’kayamah, this is for the children.“

There wasn’t a dry eye in the house when he told the story at the bris.

Last night, in Kfar Chabad, on the night of Yud-Daled Kislev, joined by hundreds of friends and family, Simcha and Rivka Fabian married off the first of their children. You can well understand that it was quite an emotional time for Simcha and his family. It was a great pleasure for me to attend and to witness the fulfillment of the Rebbe’s promise.